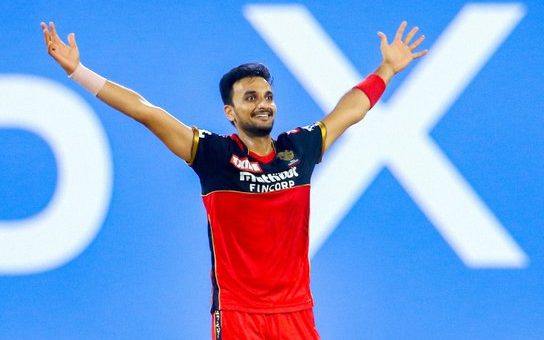 Chasing a 160-run target, RCB reached their target in the last ball after stuttering in the middle overs.

AB de Villiers top scored with 28. Virat Kohli (33) and Washington Sundar gave a solid start to RCB but Mumbai managed to comeback with a tight bowling in the middle.

Glenn Maxwell (39) and AB de Villiers (48) turned the match in RCB’s favour as both eased the pressure with power hitting just as the match entered the last leg.

After MI looked set for a big total halfway through the innings, cruising to 86/1 in 10 overs, RCB pulled back by getting rid of Suryakumar Yadav (31 off 23 balls) and Chris Lynn (49 off 35 balls) in quick succession.

Patel, the right-arm pacer who plays for Haryana in domestic cricket, ran through the middle-order. He got rid of dangerous hitters Ishan Kishan, Hardik Pandya, Kieron Pollard and Krunal Pandya besides tail-ender Marco Jansen to put the brakes on a strong MI batting line-up.

Yadav looked set for a big score but RCB’s new recruit Kyle Jamieson got him edging to wicket-keeper AB de Villiers off a ball that bounced a bit.

Lynn was out caught and bowled by Washington Sundar as he looked to go for a big hit but instead lobbed it up high in the air.

There were still 43 balls left and MI had their power-hitters in the dugout.

However, Harshal Patel got into the act and ran through the middle and lower order.

He deceived Hardik Pandya with a slow full toss, got Ishan Kishan with a yorker, had Krunal Pandya caught at deep mid-wicket and then also had Kieron Pollard caught in the deep.

He then bowled IPL debutant South African Marco Jansen to complete a fifer.