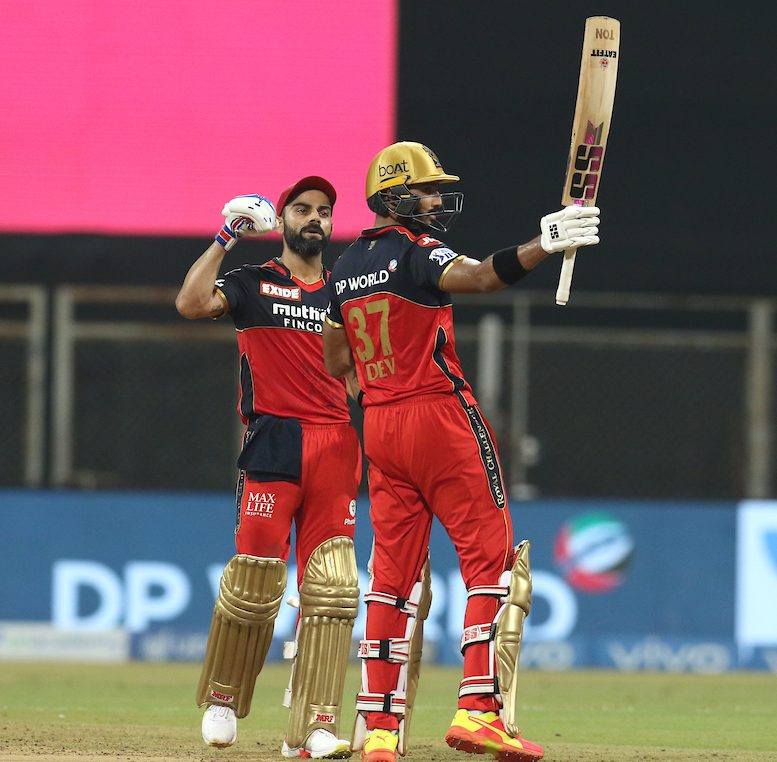 Mumbai: Devdutt Padikkal (101 not out) and skipper Virat Kohli (72 not out) produced a superb opening stand to guide Royal Challengers Bangalore to a 10-wicket victory over Rajasthan Royals in an IPL match on Thursday.

Chasing a 178 run target, RCB coated to the victory line with 21 balls to spare after Royals posted 177/9.

Shivam Dube (46) and Rahul Tewatia (40) were the star performers for the Royals.

For RC, pacer Mohammed Siraj (3/27) was the most successful bowler.

Glenn Maxwell and AB de Villiers will be the cynosure of all eyes again, as both hard-hitting batsmen have been the driving force behind RCB moving to the top of the IPL points table.

For RCB pacers, it is an uphill task but one they will have to do if they are to allow their strong batting comprising Jos Buttler, Samson, Morris and David Miller to make a match of it

“I’m not used to winning tosses” 😅 @imVkohli #RCB have the toss and they will bowl first against #RR #VIVOIPL pic.twitter.com/a0bX6JNGak