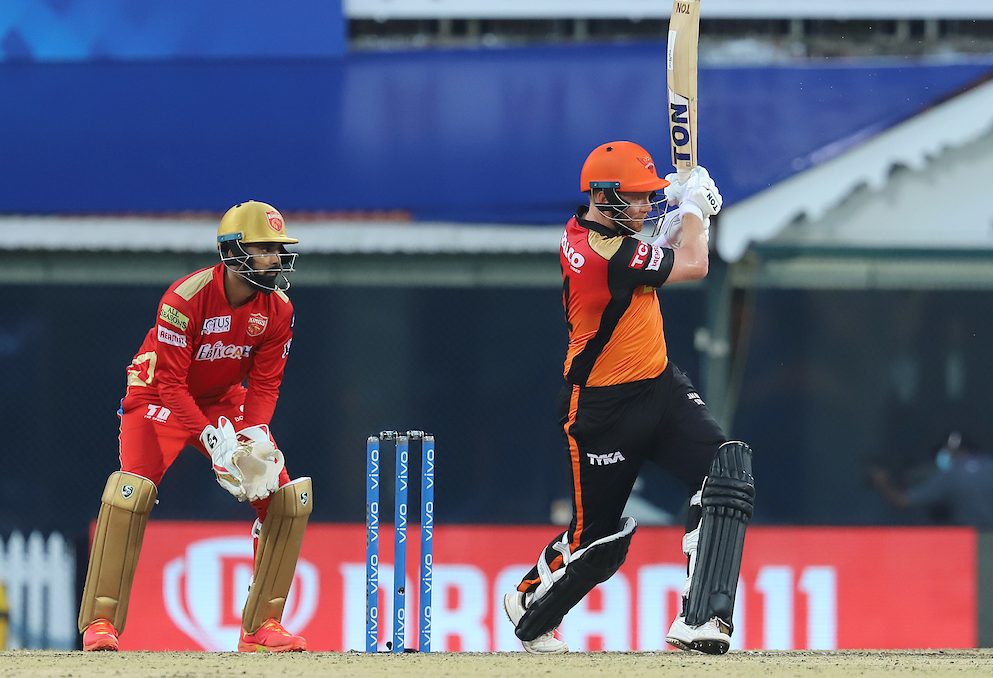 Chennai: SunRisers Hyderabad (SRH) bowlers put up an inspired performance to lead their team to a comprehensive nine-wicket win over Punjab Kings (PBKS) in the Indian Premier League here at the MA Chidambaram Stadium on Wednesday.

Left-arm pacer Khaleel Ahmed (3/21 in four overs) and left-arm spinner Abhishek Sharma (2/24 in four overs) were the wreckers-in-chief as SRH first bowled out PBKS for 120 and then chased the target with eight balls to spare. Jonny Bairstow made an unbeaten 63 off 56 deliveries to lead the SRH chase.

Khaleel got the wickets of Mayank Agarwal, Shahrukh Khan and Fabian Allen while Sharma (2/24 in four overs) removed Moises Henriques and Deepak Hooda to leave the Punjab franchise reeling.

Chris Gayle and Mayank Agarwal tried to resurrect the innings but two successive wickets — of Agarwal, who was caught at mid-wicket, and Nicholas Pooran, who was run out — set them back.

Soon dangerman Gayle was out leg-before to Rashid Khan (1/17 in four overs) as PBKS were reduced to 47 for four in the ninth over.

The hopes of a recovery rested on the shoulders of Deepak Hooda (13 off 11) and Moises Henriques (14 off 17) but both couldn’t build on the start and fell to the left-arm spin of Sharma with the Aussie getting out stumped.

Shahrukh Khan (22 off 17) tried to take PBKS to a respectable total but he was caught at deep mid-wicket on the first ball of the penultimate over bowled by Khaleel. With his departure, the hopes of PBKS reaching close to 140 were dashed.

The target was a cakewalk as Bairstow and Warner (37 off 37 balls) added 73 for the first wicket in 10 overs.
Warner’s dismissal brought in Kane Williamson (16 not out off 19 balls), who played in his first match of this season’s IPL.