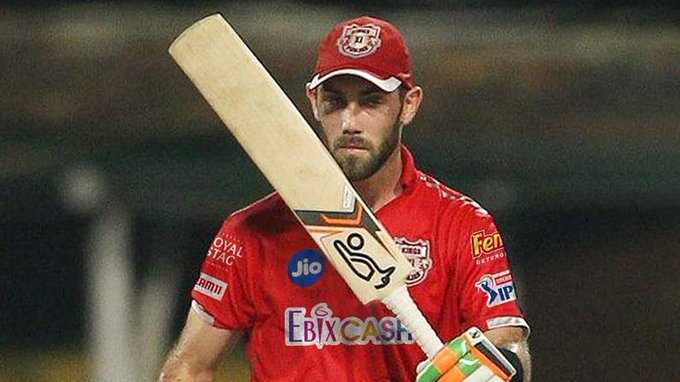 Chennai: Australia all-rounder Glenn Maxwell says he is not overly worried about his performances at this year’s India Premier League (IPL) and instead wants to focus on having a positive influence on his new franchise, Royal Challengers Bangalore (RCB), in any way possible.

RCB bought Maxwell for Rs 14.25 crore at the mini-auction ahead of this season.

“I probably don’t set targets. I just want to have a positive influence on the group, whether it be [through] my performance, or attitude or the way I even help with the fielding practice — if I see improvement in the whole squad, the whole team as a collective, over the tournament,” Maxwell said on the Royal Challengers Bangalore’s YouTube channel.

“Obviously, we want to win the tournament, but I want to make sure that everything I do during this time has a positive influence on the group.

“So, I am not overly concerned. I think my performances will take care of themselves. I want to have a positive influence on everything I do, as far as attitude, helping out the team, leadership-wise helping out [skipper] Virat [Kohli] when he needs it, and off the field, at training, and making sure the young guys are still developing as well,” he added.

Maxwell has toured India a lot. He travelled with the Indian team and has also played the IPL. Last year, he couldn’t do well with the bat and was, therefore, released by Punjab Kings.

“And with my experience — I think it’s my 22nd trip to India — you’ve got to be able to sort of help out the rest of the group. A guy like Kyle Jamieson – this is his first trip to India – so we’re on different ends of the spectrum a little bit there. So for me to sort of pass on my previous experiences, and help him sort of fit in here trying different foods, making sure that I’m taking care of him that way as well. And it’s up to the experienced guys in the squad to help,” he added.