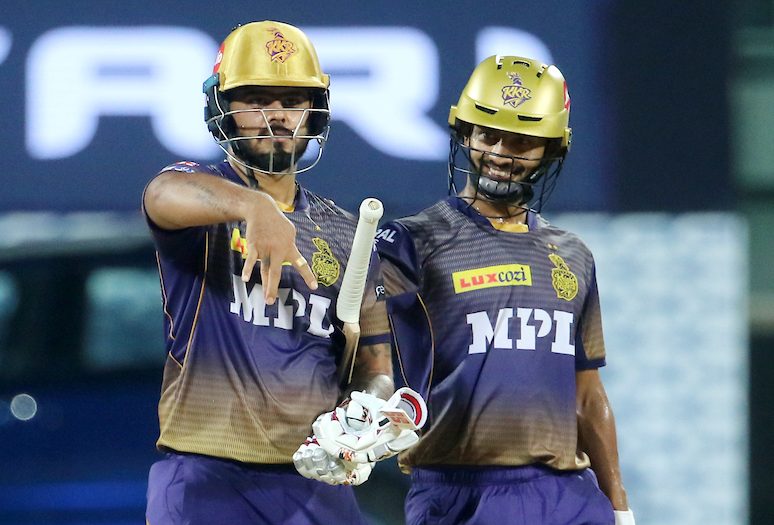 Chennai: Kolkata Knight Riders began their IPL 2021 campaign with a 10-run victory over Sunrisers Hyderabad on at the M.A.Chidambaram Stadium on Sunday.

KKR looked set for a total well above the 200-run mark when their top order batsmen Nitish Rana (80), Rahul Tripathi (53) and Shubman Gill (15) took on the SRH bowlers. However, SRH’s Afghanistan duo Rashid Khan (2/24) and Mohammad Nabi (2/32) led the way in the death overs.

Rana and Gill put up a 53-run opening partnership off 42 balls before the latter fell to Rashid. However, Rahul Tripathi then came in and scored a belligerent 53 off 29 balls, smashing five fours and two sixes. Tripathi put up 93 runs off just 50 balls for the second wicket with Rana.

Tripathi eventually fell to T Natarajan and with the team cruising at 146/2 in the 16th over, KKR sent in Andre Russell ahead of Shakib Al Hasan. However, Russell ended up falling for just five runs off as many balls to Rashid after which Nabi dismissed Rana and KKR captain Eoin Morgan off consecutive deliveries in the 18th over.

Dinesh Karthik then scored 22 runs off nine balls to get KKR close to the 190-run mark while Shakib fell to Bhuvneshwar Kumar off the last ball of the innings.

Toss News – #SRH have won the toss and they will bowl first against #KKR at Chennai.