IPL: Auction for new teams to take place on October 17 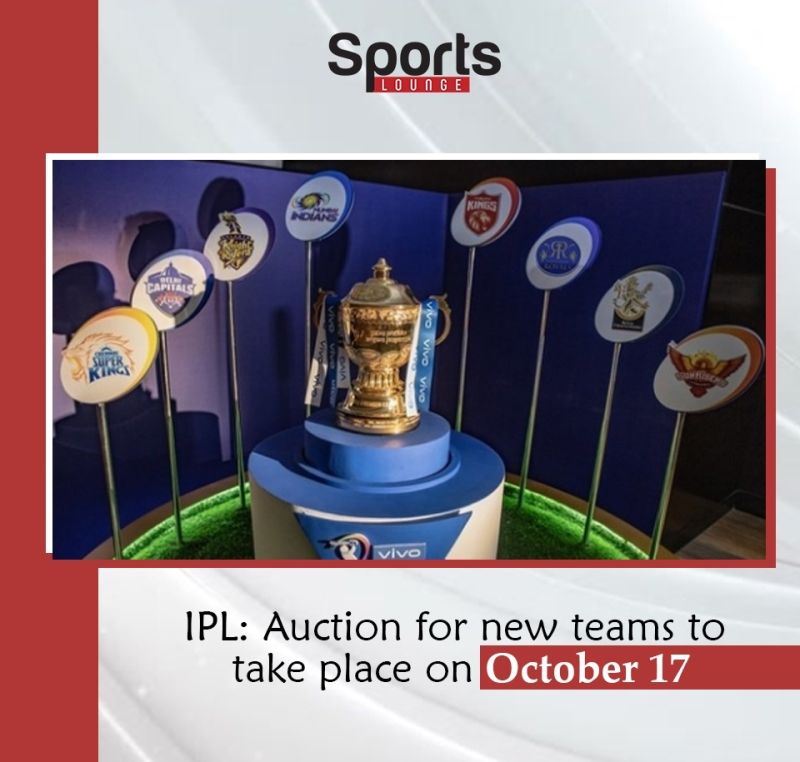 New Delhi: The auction for the two new teams in the Indian Premier League will be held on October 17.

The Board of Control for Cricket in India (BCCI) had recently announced the release of tender for owning and operating two new Indian Premier League franchises.

“The Governing Council of the IPL invites bids to acquire the right to own and operate 1 (one) of the 2 (two) new teams proposed to be introduced to take part in the Indian Premier League from the IPL 2022 season, through a tender process,” the BCCI said in a statement.

The deadline for the purchase of tender document is October 5.

Among the venues where the teams could be based include Ahmedabad, Lucknow and Pune. The Narendra Modi Stadium in Ahmedabad and Ekana Stadium in Lucknow, with bigger capacities, could be the choice for franchises. This effectively signals that the IPL will be a 10-team tournament from the 2022 season.