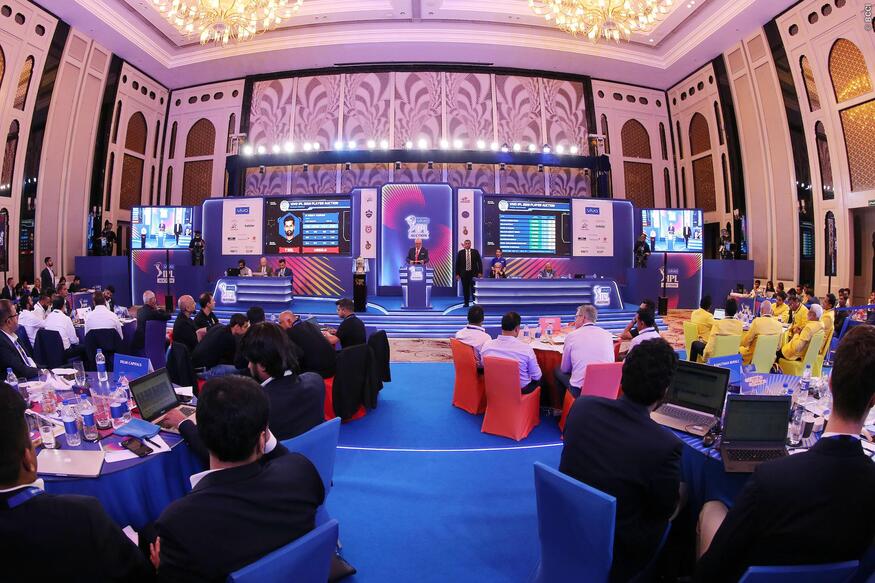 The Indian Premier League mini-auction for the next season is to be held in Kochi on December 23, as reported by ESPNcricinfo.

As ESPNcricinfo reported on Wednesday, one change in the rule is that apart from what’s remaining in the franchises’ purse, each team will get an additional INR 5 crore (approx. US $607,000) to spend. The total budget per franchise is expected to be raised from Rs 90 crore to Rs 95 crore.

All ten Indian Premier League franchises are working around the clock to determine which players to keep and who to release by November 15 the deadline set by the Board of Control for Cricket in India (BCCI).

After last year’s auction, Punjab Kings had the most money left over – INR 3.45 crore, while Lucknow Super Giants had spent it all. The Chennai Super Kings had INR 2.95 crore left, followed by Royal Challengers Bangalore with INR 1.55 crore, Rajasthan Royals left with INR 0.95 crore and Kolkata Knight Riders with INR 0.45 crore.

Earlier in February, the IPL had a massive auction in which 204 players were purchased (out of a maximum possible 217 slots that were open).

There were 107 cap players and 97 uncapped players. The total amount invested was Rs 551.7 crores. The sold players were distributed as follows: 137 Indians and 67 overseas players.

Related Topics:Board of Control for Cricket in IndiaIndian Premier LeagueIPL auctionKochiToday IPL news
Up Next