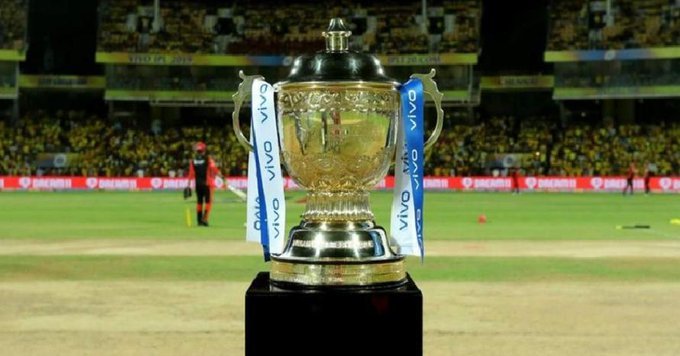 The IPL stares at an uncertain future because of coronavirus.

Mumbai: The IPL governing council or the BCCI were helpless and had to postpone the Indian Premier League (IPL) due to worldwide coronavirus outbreak.

Though it is suspended till April 15, we need to keep our fingers crossed simply because of the financial ramifications.

The IPL has a robust business model, which rakes in money for the various stakeholders of Indian cricket.

Critics may be reminded that the much-maligned IPL brings in revenue on which Indian cricket is run.

The gratis given former cricketers and former umpires is from the IPL money pool. Hence it is not wise to criticise the popular IPL which brings in crowd to the grounds as opposed to Ranji matches that are played in front of empty stadiums.

If the IPL begins as late as late as April 15 then it should end by the third week of May. Let’s hope the action begins mid-April.

Hard work pays off for Saurashtra

Considering it was their first triumph since the then Nawanagar’s victory in 1936-37, it is a remarkable achievement.

They were consistent than Bengal in the final at Rajkot. Bengal now have reached the final 14 times and have won only twice.

The salient feature of the final was the criticism of the Saurashtra Cricket Association Stadium pitch.

Why do experienced cricketers after becoming coaches comment on the nature of the pitch in the first day of a match itself?

Saurashtra won their maiden title in their fourth attempt in recent years.

Bengal coach Arun Lal’s comments was not a one-off thing.  In 1974 former West Indies captain Jerry Alexander, touring India as manager of the team, as highly critical of the Wankhede Stadium wicket.

The series was tied 2-2 and the final Test wicket, according to Alexander, was devoid of grass predicting that the match would end in three days. The match went on for six days and West Indies won the match by 201 runs to clinch the series 3-2.

Wicket not a dampener

Lal was clearly perturbed. The wicket was admittedly slow because the pitch curator got very little time to prepare, which explains why stroke making was difficult.

Saurashtra’s semifinal against Gujarat began on Feb 29 and ended on March 4 at Rajkot. The final began on March 9, which didn’t allow much watering on the pitch.

Usually it takes about 10-12 days to prepare a five-day match wicket, depending on the weather conditions.

But any team vying to win must overcome these challenges. Losing the toss shouldn’t dishearten the morale of any team, which is what happened to Bengal.

Lal’s comment had a detrimental effect as the team believed what the coach said. Their approach was negative and their shoulders drooped when Cheteshwar Pujara and Arpit Vasavada batted sensibly despite traits of tiredness from Saurashtra bowlers.

Bengal batsmen also played into the hands of Saurashtra, guilty of being too cautious in their approach. Their decision of sending the in-form Anustup Majumdar to bat at No.6 also didn’t help their cause. As soon as Anustup was dismissed on the morning of Day 4, Bengal looked doomed for defeat.

Bengal should introspect what needs to be done to win as their last Ranji triumph was in 1989-90. Saurashtra victory is all the more credible without Ravindra Jadeja as the conditions were tailor made for him to excel.

Top cricketers a must

The BCCI also must ensure that no international matches should be played during the Ranji Trophy final match. Because of the South Africa ODI series that was later postponed for coronavirus COVID-19, Saurashtra’s Jadeja and Bengal’s Mohammed Shami had to miss out.

There has to be a way to incorporate top players for the marquee match of domestic cricket.

Kohli’s celebrations after win in Australia made Langer angry