Is AIFF employing a divide and rule policy for I-League clubs? 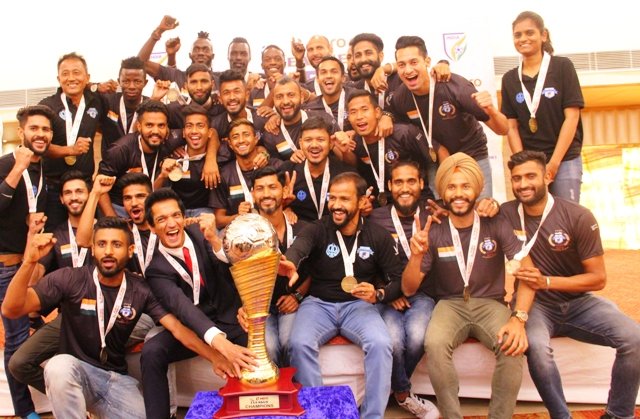 Minerva Punjab FC won the I-League in the 2017-18 season. Photos: Twitter and Google.

The AIFF has imposed varied range of punishment for different I-League clubs who have not played in the Super Cup.

Ranjit Bajaj is not exactly the most popular person in All India Football Federation (AIFF). Despite his team’s impressive runs in the recent past, he has often been accused of being haughty and disrespectful to the system.

Yet, the best remark of the day came from the Minerva Punjab FC owner after five clubs were fined Rs. 10 lakh each for not playing the Super Cup and were burdened with another Rs. 22 lakh each towards compensation.

“In the past four years, my club has been fined more than Rs. 40 lakh for different reasons, which is perhaps more than we have earned towards prize money for winning different AIFF tournaments. Is it a kind of ploy to weaken the club, so that we slowly go out of business?

Is it a plan to bleed us with thousand cuts? Who are these people plotting the demise of I-League clubs?” asked Bajaj. 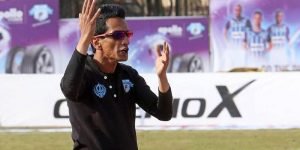 Minerva Punjab FC owner Ranjit Bajaj is a constant critic of the All India Football Federation.

The Minerva owner could be charged with exaggeration but the suspicion does remain. For I-League clubs like Minerva, Gokulam, Neroca or Aizawl FC, a fine of Rs. 32 lakh and a possible disqualification for non-payment is a huge blow and could easily dent their prospect of building a decent squad in the coming season.

Is that what the federation wants – elimination of I-League teams?

AIFF’s keenness to replace I-League with ISL as country’s top league is now the worst kept secret in Indian football.

It is now public knowledge that the federation, prompted by some marketing mavericks, wants Mohun Bagan and East Bengal to be included in the ISL and relegate the rest of the I-League to second division.

Is it the reason why the two Kolkata clubs were let off by the disciplinary committee with less punishment? Bajaj, of course, terms it a divide and rule policy once followed by the British government.

In this regard, one suspects, federation means business – the clubs will not have any respite even though they have the right to go to the appeal committee. In fact, some stakeholders in AIFF are believed to be not happy with the amount of fine imposed and want it to be increased immediately.

Not playing the Super Cup was not the clubs’ actual fault, they would have to pay the price of defying people, who actually run the show in AIFF.

Interestingly, people in Indian football had previously got away with bigger wrongdoings. 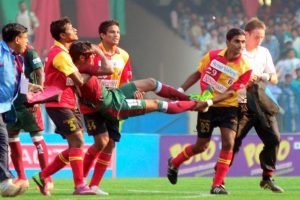 In 2013, Mohun Bagan refused to play the second half of an I-League match against East Bengal citing security problems after their player Rahim Nabi (pictured) was hit by a missile hurled from the crowd.

In 2013, Mohun Bagan did not field the team in the second half in the key I-League match against East Bengal citing security problems. In any other country, it would have invited ban for at least a couple of seasons but the country’s oldest club surprisingly got away with a Rs. 2 crore fine.

In the 2002-03 season, Manipur hosted the Santosh Trophy and they were accused of not being able to control the crowd’s continuous hostility towards outstation teams.

The championship for all practical purposes was reduced to a mockery. Manipur were simply fined but were never banned from the competition. 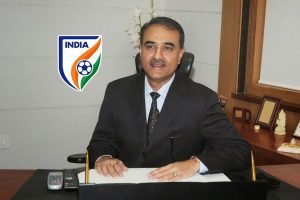 I-League clubs demanded a meeting with AIFF president Praful Patel (pictured) and decided to boycott the Super Cup as a protest against the federation’s unwillingness to come up with Indian football’s future roadmap.

A few years ago, five of Jharkhand footballers were found over-age after the state won the under-16 national meet. The trophy was taken away from Jharkhand but the state remained a part of AIFF executive committee!

But then, under the current circumstances, the clubs will have to suffer despite the fact they had written to the AIFF that they were not interested in playing the Super Cup as a protest against the federation’s unwillingness to come up with the future roadmap of Indian football (well, it is still awaited)!

Worst is the manner in which Mohun Bagan and East Bengal were let off despite very much being the part of Super Cup boycott.

Mohun Bagan remained untouched because they did not sign the participation form. East Bengal’s fine was halved because a faction within the club (which says the club must play the ISL) pleaded for mercy!

Is the whole thing a part of a bigger game plan?