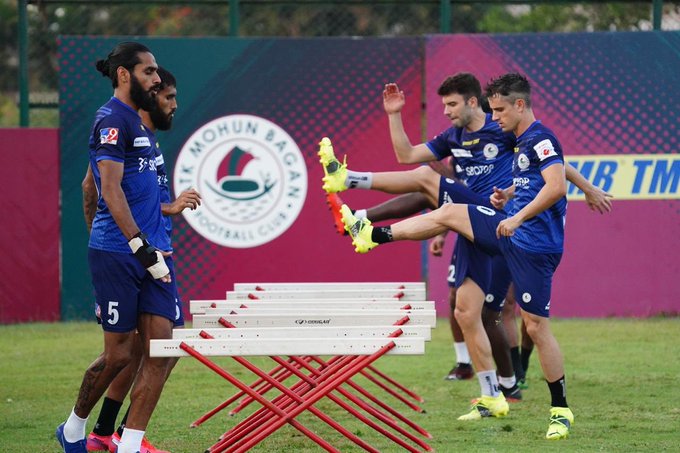 Margao: ATK Mohun Bagan would be looking to dislodge Mumbai City FC from the top spot when they take on Jamshedpur FC in the Indian Super League (ISL) on Sunday.

ATKMB have 33 points from 16 points, a point less than Mumbai.

JFC would eye three points to boost their playoffs chances. Bagan were beaten by JFC in the first leg match earlier in the season.

The Mariners coach Antonio Habas has told his team to aim for victory in all their remaining games to win the group stage and book the direct slot for the Asian Champions League (ACL).

We’re through to the knockout phase of the #HeroISL! 💚❤️

With nine goals in their last three games, Bagan will be seeking a brisk start to the proceedings. Jamshedpur are aware that they need to win to have any chance of qualifying for the top four.

But Owen Coyle’s team could miss injured key foreigners Stephen Eze and Alex Lima. Bagan is unlikely to field Edu Garcia, who is recovering from an injury.

Habas would be looking towards star strikers Roy Krishna and Marcelinho for goals.