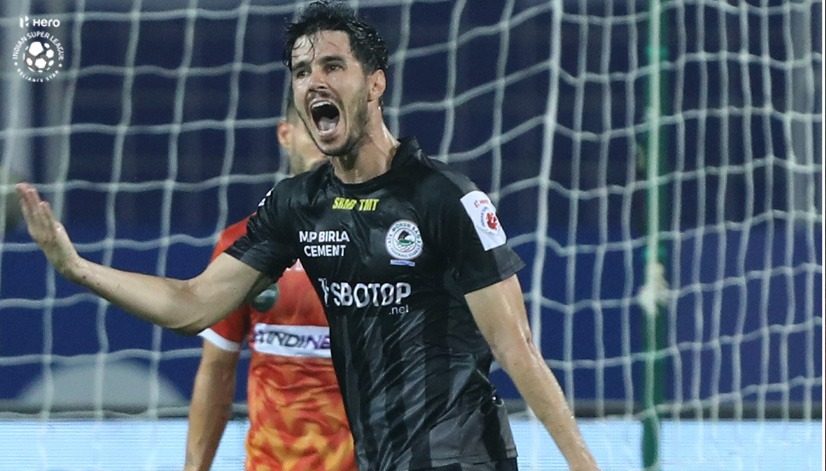 With the draw, second-placed Bagan improved to 21 points from 11 games, two ahead of FC Goa. Mumbai City are on top with 26 points.

Goa began the second half with intent and hit the post in the 50th minute. Sertion Fernandes, fed by a swift move on the right flank by Romario Jesuraj, intended to cross but his delivery flew over Arindam Bhattacharya and rebounded off the post.

Goa enjoyed more ball possession in the first half but it was ATK Mohun Bagan who came close to scoring.

Subasish Bose’s header rebounded off the crossbar after he met an Edu Garcia corner. The ball bounced on the ground and then jumped an hit the crossbar.

In the 75th minute they were more fortunate when Edu Garcia found the back of the net directly from a curling free-kick.

Goa responded quickly and substitute Ishan Pandita directed the ball in after Arindam parried away off the goal line .

It was end to end action during the final stages and ATK Mohun Bagan were again denied by the cross bar.

NorthEast United FC ended their seven-match winless run after a 2-1 win over Jamshedpur FC at the Tilak Maidan Stadium in Vasco on Sunday.

Ashutosh Mehta scored the opening goal in the game and new-signing Deshorn Brown doubled their lead before Peter Hartley halved the deficit for Jamshedpur.