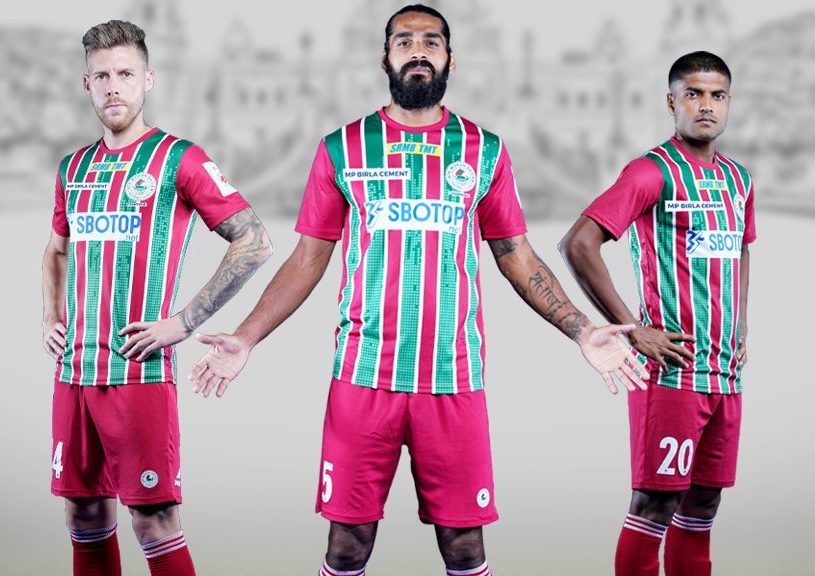 The jersey resembles Mohun Bagan’s jersey of the 2018-19 season, the colours synonymous with the 131 year old club.

Paying homage to the iconic Green and Maroon colours, we present to you the #ATKMohunBagan Primary Jersey for the 2020-21 season! 💚❤️#JoyMohunBagan #Mariners #IndianFootball pic.twitter.com/H8fHBvsokc

The jersey will also have flaunt a ‘Champions’ mark just below the club logo, denoting the I-League win of Mohun Bagan and ISL win of ATK FC in the 2019-20 campaign.

The away jersey is a white coloured jersey with a green and maroon stripe running down the middle.

The club has roped in Sbotop.net as their principal sponsor while SRMB TMT and MP Birla has also agreed to be associate sponsors.

Dear #Mariners, we aren’t done yet! 😏
Presenting our Away Kit for the 2020-21 Season! 🤩🙌#ATKMohunBagan #JoyMohunBagan #IndianFootball pic.twitter.com/JFPkpfcgED

FIFA WC 2022 Qualifiers: Neymar ruled out of Brazil’s match against Uruguay due to injury