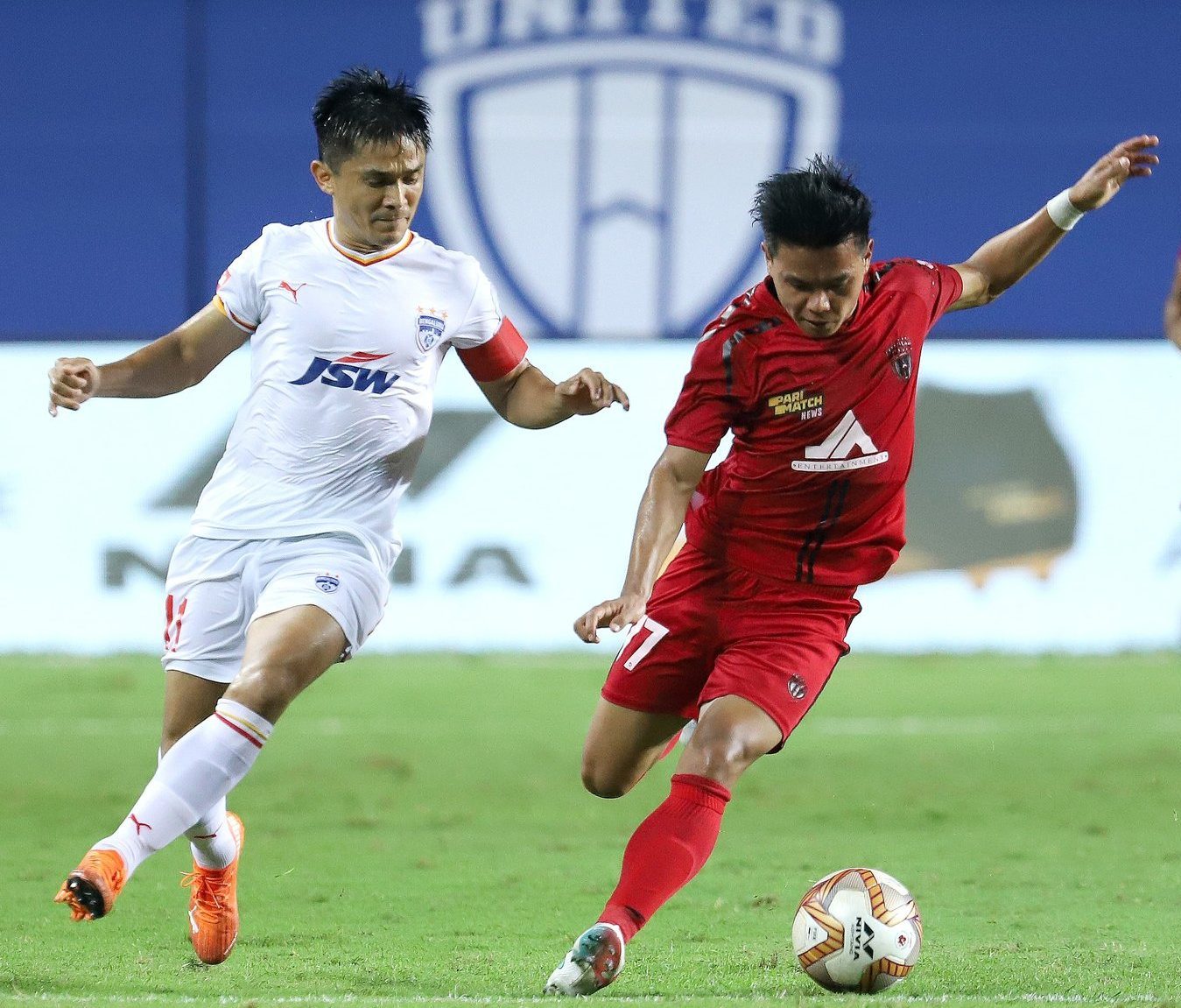 Margao: Bengaluru FC played out a 1-1 draw with NorthEast United in the Indian Super League (ISL) at the Tilak Maidan Stadium on Tuesday.

Luis Machado (27′) opened the scoring for NEUFC but Rahul Bheke (49′) cancelled out his goal after the break to help BFC salvage a point.

The result meant NEUFC are now winless in seven games, while Bengaluru saw their four-game losing streak end but with a draw.

BFC are sixth, with 13 points from 11 games while NEUFC are seventh with 12 points with as many games.