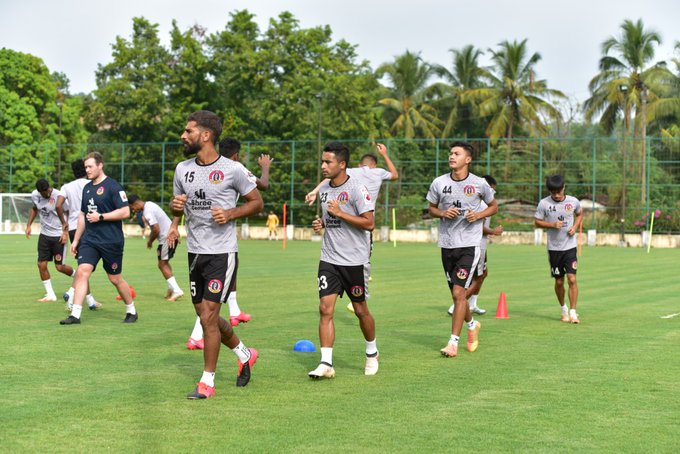 Margao (Goa): Bengaluru FC will face East Bengal in their first match after the departure of coach Carles Cuadrat at the Fatorda Stadium on Saturday.

The season has hardly been an ideal one for the 2018/19 champions with three consecutive defeats resulting in Cuadrat’s time with the club coming to an end.

They are up against a team who are unbeaten in their last four games. East Bengal followed up their first win of the season with a draw against FC Goa where they were arguably the better team despite their captain Danny Fox getting a red card early in the second half.

“We have an important game tomorrow. The players know it. In these seven years, this has happened for the first time. We have lost three games in a row. It is not easy for them to digest. They want to bounce back. We have to leave behind everything and focus on the next game,” said Bengaluru FC interim coach Naushad Moosa.

“East Bengal are a decent side. They are getting better. Bright (Enobakhare) is a talented player. We will be playing more entertaining football. We can assure you that. We have to remain compact when we lose the ball. We have had fewer clean sheets. The focus is not to concede early goals,” he said.

This season, Bengaluru FC had the worst goals conceded average under Cuadrat which proved to be their downfall in the last few matches. With the attack not being able to bail them out, they have struggled, winning just three of their last nine games. In these games, they scored as many as they conceded (12).

SC East Bengal will be looking to build on the performances they have put up since the turn of the year. Their run has been in no small part down to new recruit Bright Enobakhare, who has scored in consecutive games for the Kolkata side.

The Nigerian is confident that he can continue his good run against BFC. “It’s a great time for me,” he said. “The players and the staff are amazing. We just have to focus on the next game and try to get as many points as we can by the end of the season. I think everything will come into place. It’s going on and we’ll see how it goes till the end of the season.”

SC East Bengal head coach Robbie Fowler is suspended for the game after receiving his second caution of the season in the previous game along with his captain Fox, who too is out with a red card. East Bengal old boy Harmanjot Khabra misses out as well.