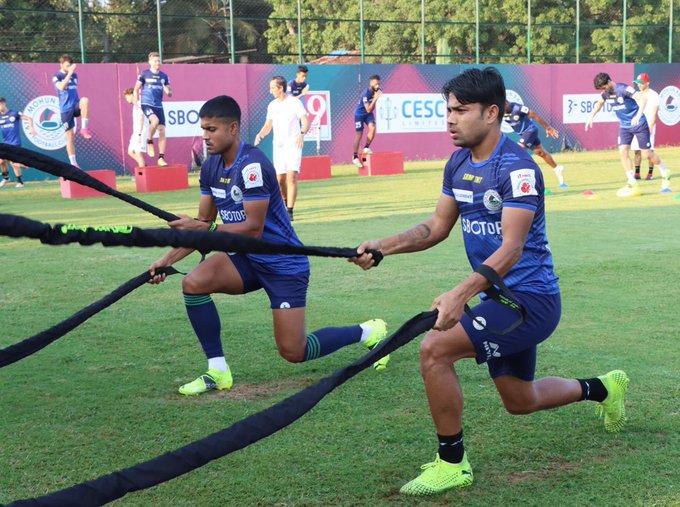 Margao: ATK Mohun Bagan take on Mumbai City in a top of the table ISL clash on Sunday that would determine who qualifies for the coveted Asian Champions League (ACL) group stage next season.

The league stage winners of the ISL are guaranteed a place in the ACL. ATKMB are currently at the top of the league table with 40 points from 19 games.

They are closely followed by Mumbai City FC who have 37 points from 19 matches.

The victorious side would not only win the League Winners Shield but would also book the AFC Champions League Group Stage spot for next season.

Though Bagan need just a point to top the league stage, they are not thinking about a draw against, said coach Antonio Habas.

“We have to be prepared for winning and not for a draw. This is the mentality of the players and the technical staff. We have to win the match and not think about a draw,” the Spaniard said.

“The last match against Mumbai City (which ATK Mohun Bagan lost 1-0) could have been a draw because before they scored, we had a fantastic chance with Edu Garcia. But football is like this, there are no excuses. Now, this is a different match and the situation is different. We have to use our experience to win.”

“In a competition like this, you can’t choose moments. The circumstances are the same for every team. We had a lot of problems in the past and now the team is complete but only one player (Subhasish Bose) will not play because of suspension,” Habas added.

“It will be a historic moment but it will need a lot of concentration. We have to play for three points. We are facing an opposition who is very strong in attack.”

Bagan would have fit-again Marcelinho and Edu Garcia to choose from.

Mumbai will be without the suspended midfielder Hugo Buomos.