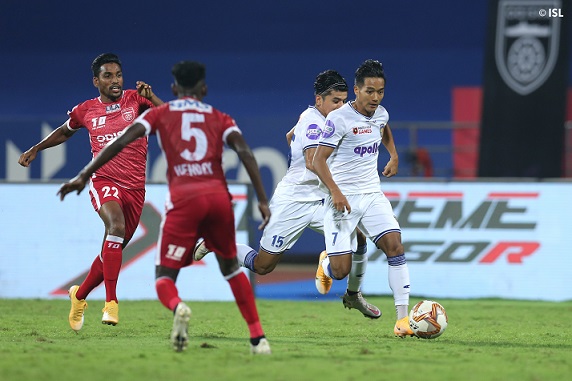 The first clash between the two sides this season had ended in a goalless draw. Goncalves scored in the 15th and 21st minutes for Chennayin before Diego Mauricio struck a screamer in the 64h minute to give Odisha some hope.

After struggling for goals all season, Csaba Laszlo’s men turned on the style against Odisha, scoring two in the opening quarters of the game.

Portuguese forward Goncalves opened the scoring in the 15th minute before putting Chennaiyin two-up by converting a penalty in the 21st minute.However, Mauricio reduced the margin after the change of ends to keep Odisha in the hunt. But Chennaiyin held fort to secure the win.

Messi’s stay will depend on future projects of the football club, says former Real Madrid player