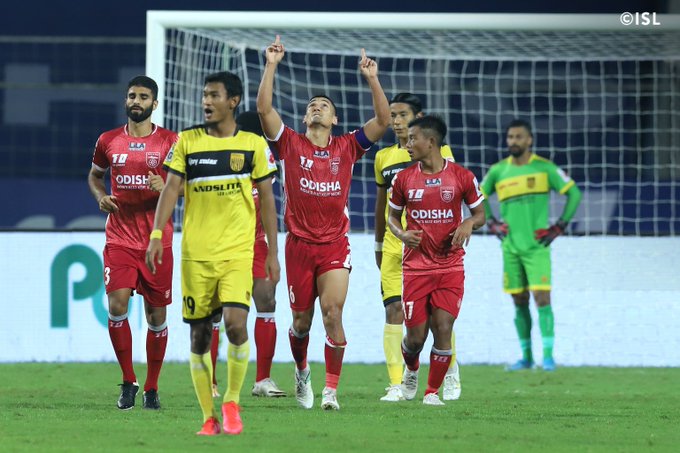 Margao: Odisha FC and Hyderabad FC played out a 1-1 draw in the Indian Super League (ISL) at the Fatorda Stadium on Tuesday.

Hyderabad FC are on the fourth place with 17 points while Odisha remain at the bottom with seven.

A point apiece for both sides after an entertaining contest at the Fatorda!#HeroISL #LetsFootball pic.twitter.com/sUGu89YNPi