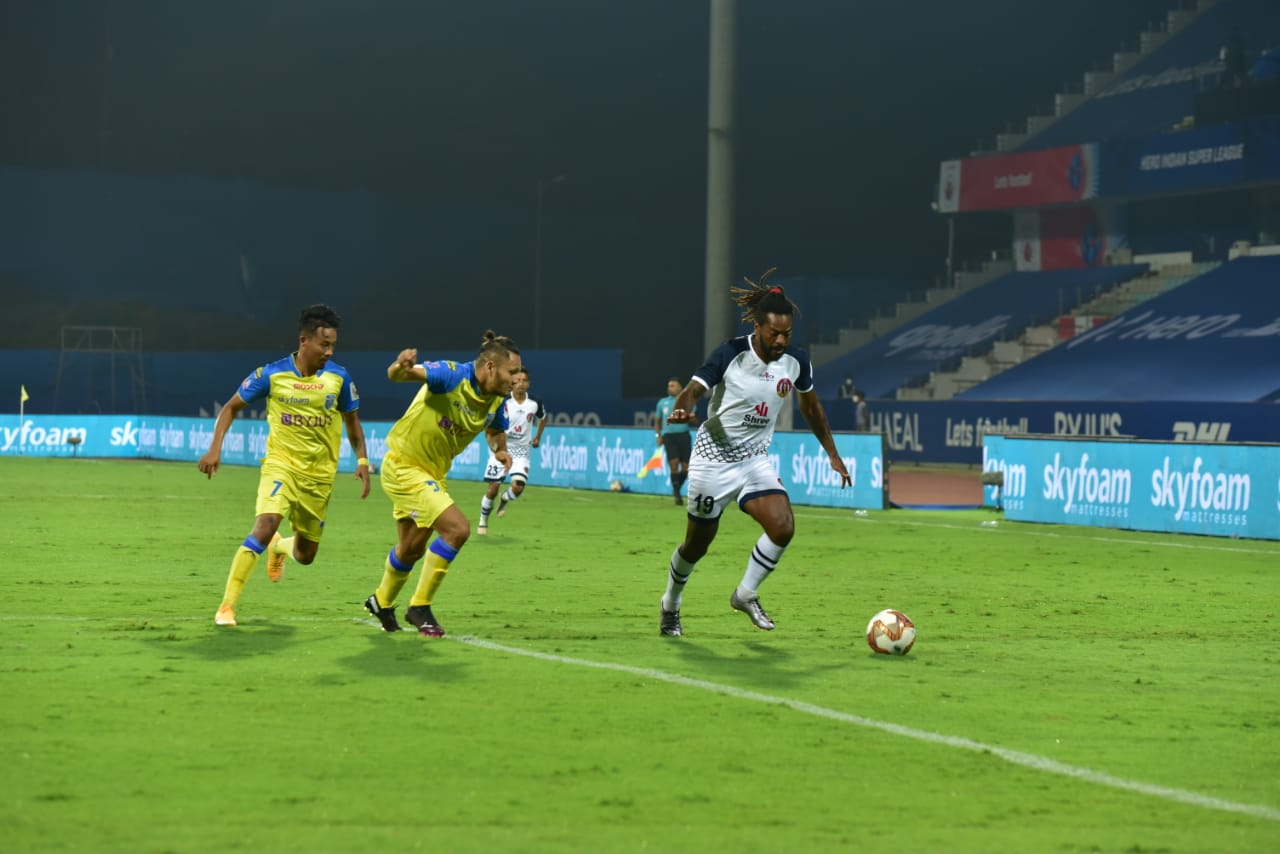 Margao: SC East Bengal and Kerala Blasters remained winless in the Indian Super League (ISL) after playing out a 1-1 draw on Sunday.

Kerala snatched a draw from SCEB with a stoppage time (90+4 minutes) equaliser from substitute Jeakson Singh after SCEB lead 1-0 from an own 13th minute own goal.

Kerala are now ninth with three points, just a rung above SCEB with two points.

It was SCEB who took the lead in the 3th minute from an own goal.

Mohammed Rafique followed a through ball from Jacques Maghoma and squared it inside the box for Anthony Pilkington but Kerala defender Bakary Kone’s attempted interception went into the net.

Thereafter, both teams came close to scoring from end-to-end action. Yet neither could and SCEB went into the break with the one-goal lead.

Kerala intensified their attack in the second half and got chance after chance. But they just could not enter the ball into the back of SCEB net.

Until the 94th minute, when Jeakson rose above all to head in a Abdul Sahal floater. Kerala could have won it moments later had Sahal kept his lob on target but it went over.

Mumbai City defeated Hyderabad 2-0 in the days other match. Vignesh (38′) and Adam le Fondre (59′) scored for the league leaders, who improved to 16 points from seven matches.

EPL: Vardy lifts Leicester to second with win over Tottenham