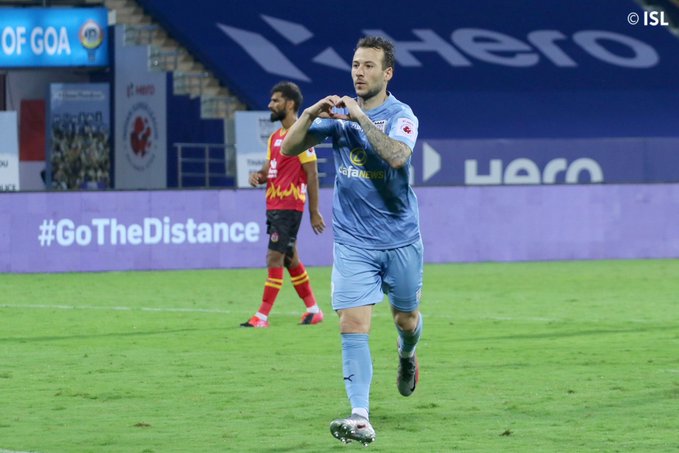 They moved to the top of the table with six points having played a game more than ATK Mohun Bagan.

It was Robbie Fowler-coached SCEB’s second successive defeat after going down 0-2 against traditional rivals Bagan in the Kolkata Derby.

Nothing went according to plan for SCEB as their skipper and central defender Danny Fox had to be substituted in the opening minutes of the match after picking up an injury.

Mumbai went ahead from a swift counter-attack when Rowllin Borges’ long ball released Hugo Boumous and who went past a couple of defenders before setting up a regulation tap-in for Le Fondre.

Buomos then won a penalty (Le Fondre converted) and squared a free-kick to set up the other two goals and pick up the man of the match award.