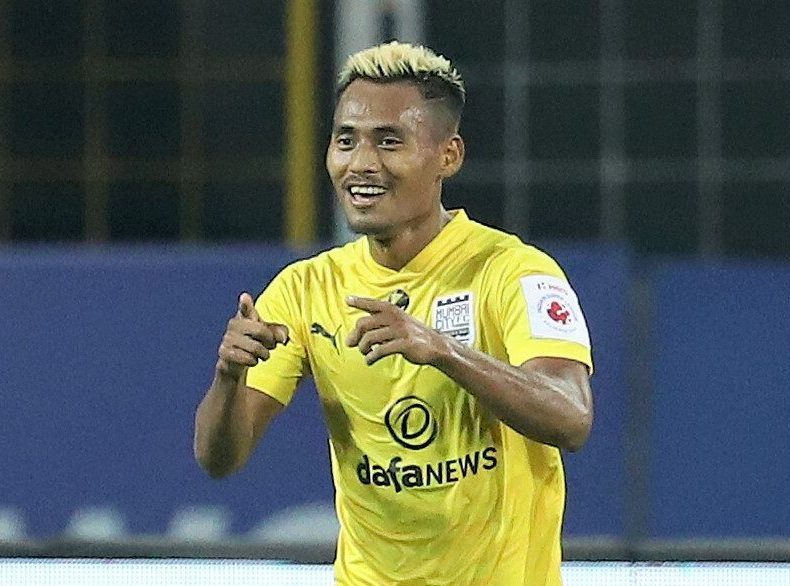 Margao (Goa): Mourtada Fall, Bipin Singh and Bartholomew Ogbeche all found the back of the net for Mumbai City FC as they condemned Bengaluru FC to a third consecutive defeat in the Indian Super League (ISL) at the Fatorda Stadium on Tuesday.

Bengaluru captain Sunil Chhetri gave the 2018/19 champions hope by converting a penalty in the 79th minute but a blooper from goalkeeper Gurpreet Singh Sandhu allowed Ogbeche to score Mumbai’s third in 84th minute and put the game beyond Bengaluru’s reach.

With the win, Mumbai City regained the top spot snatched back the top spot from ATK Mohun Bagan, maintaining the two-point lead that they have on their current nearest rivals to the ISL League Winners Shield title.

Fall gave Mumbai the lead in the ninth minute of the match, heading the ball into the back of the net at the end of a corner routine.

Six minutes later, Bipin Singh doubled Mumbai’s lead by acrobatically kicking the ball in at the end of a fluid passing move involving Adam Le Fondre and Mandar Rao Desai, with the latter putting in the cross that found Bipin.

Mumbai kept Bengaluru on their toes for much of the first half with Cleiton Silva’s free kick being the closest Bengaluru came to scoring before half time. Mumbai goalkeeper Amrinder Singh, however, saved the shot.

Mumbai City were unlucky to concede a penalty in the 78th minute when Silva was challenged in the box by Fall. Though the Senegalese appeared to have won the ball, the referee pointed towards the spot. Chhetri kept his composure and scored.

But Sandhu’s howler in the end last 10 minutes of normal time all but ended Bengaluru’s challenge. Ogbeche nodded in a Cy Goddard corner, which Gurpreet fumbled and let in.

There was late drama as Ahmad Jahouh received his marching orders for the second time this season, following a second booking in the match but it was too late for Bengaluru.