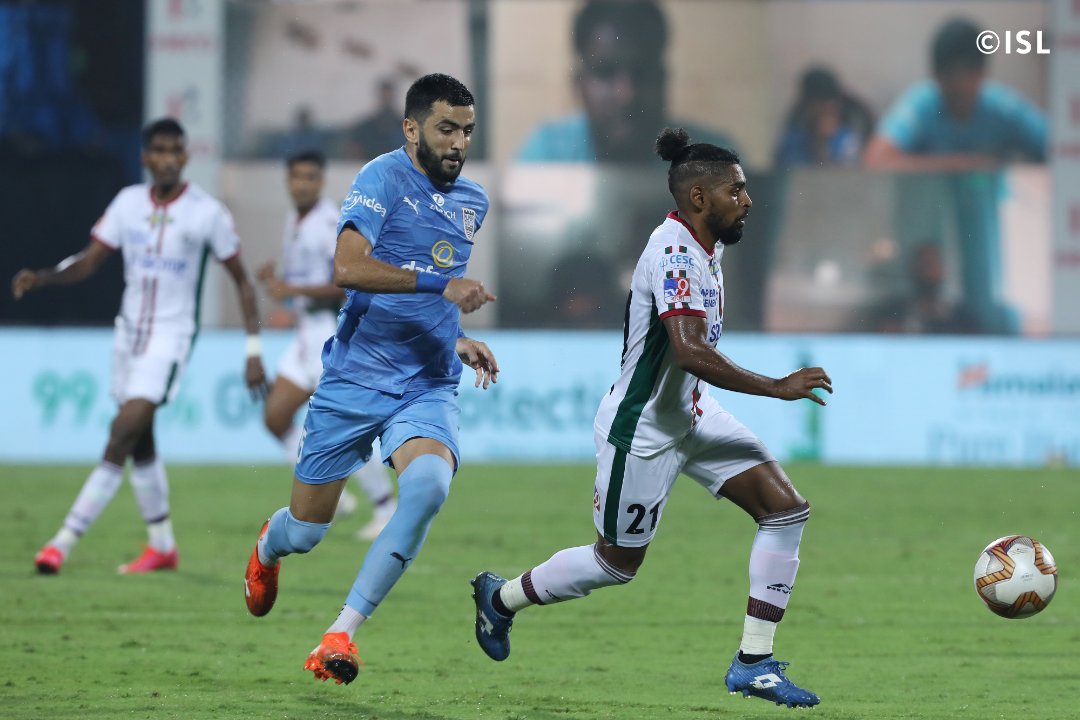 With the win, both Bagan and Mumbai finished the group stag on 40 points from 20 matches. But courtesy of their victories in both the legs over Bagan (1-0 in the first leg and 2-0 in the second), they topped the group and booked a direst spot in ACL spot for next season.

Needing a victory to secure the Asian Champions League berth, Mumbai went ahead in the seventh minute.

Ahmed Jahouh diagonal free-kick was headed into the goal by Mourtada Fall.

Mumbai doubled the lead in the 39h minute.

Hernan Santana’s curling free-kick rebounded off the crossbar and Bartholomew Ogbeche headed the ball into the net.

Bagan’s attacking intensity increased after the break and they cam close through Prabir Das in the 60th minute.

Das, himself a first half substitute fro the injured Sandesh Jhingan, made a solo run and unleashed a shot from the edge of the box that hit the crossbar.

Two minutes later, Edu Garcia’s curling free-kick from the left side hit the side net.

As time passed, Bagan applied more pressure on Mumbai but to no avail.

All FC Goa needed to progress to the semi-finals was a draw and they achieved that with an efficient performance against Hyderabad FC (HFC), holding them to a goalless draw at the Fatorda Stadium in Panaji on Sunday.

They also set a new Indian Super League (ISL) record for the longest unbeaten run in the process.

A brilliant defensive performance from Ivan Gonzalez and some crucial saves from Dheeraj Singh was enough for the Gaurs to get the point they needed.

They were lucky not to concede late in the game and a good show from Hyderabad was not enough to stop Juan Ferrando’s men from qualifying for their fourth consecutive semi-finals and extending their unbeaten run to 13 games.