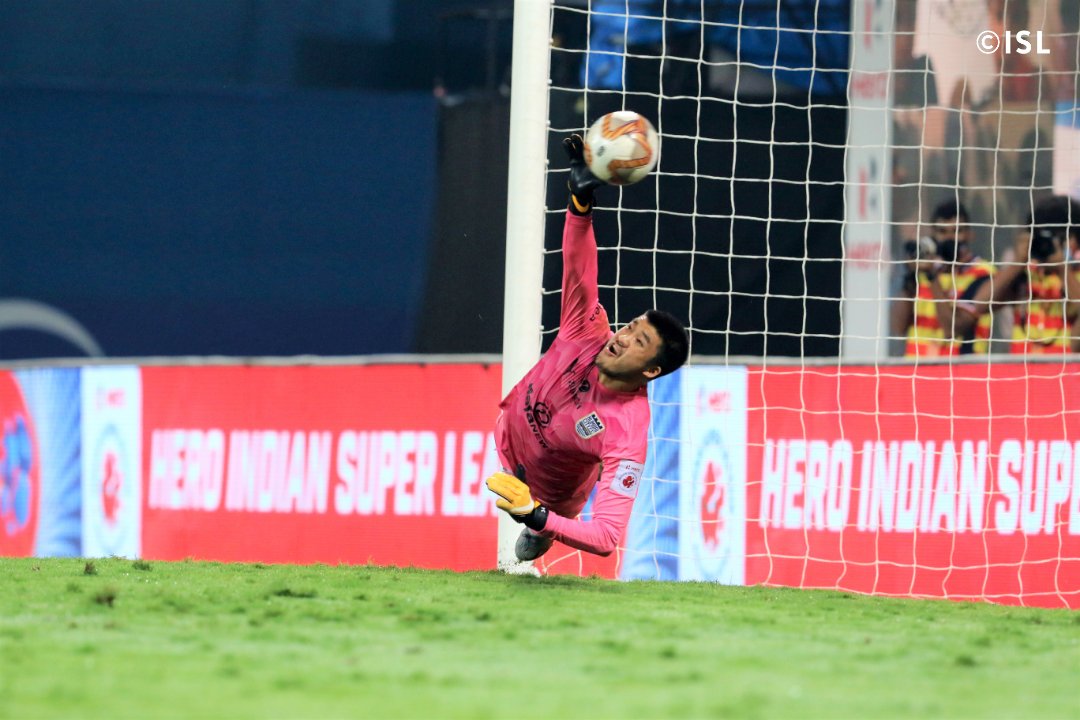 The first leg had ended 2-2, and the aggregate score after a goalless 90 minutes plus extra time in the second leg.

Amrinder Singh was a standout performer for Mumbai during regulation and extra time, denying Goa the advantage with a series of brilliant saves.

Both managers brought on substitute keepers for the shootout, Phurba Lachenpa replacing Amrinder and Naveen Kumar coming on for Dheeraj Singh after 120 minutes.

With the shootout tied at 5-5, Glan Martins would miss Goa’s fourth penalty, putting his side-footed effort wide. Rowllin Borges made no mistake from the spot, however, slotting it home to seal Mumbai’s place in the final.

Mumbai will face the winner of the second leg between NorthEast United and ATK Mohun Bagan in the final on Saturday, March 13. The first leg between those two sides ended 1-1.