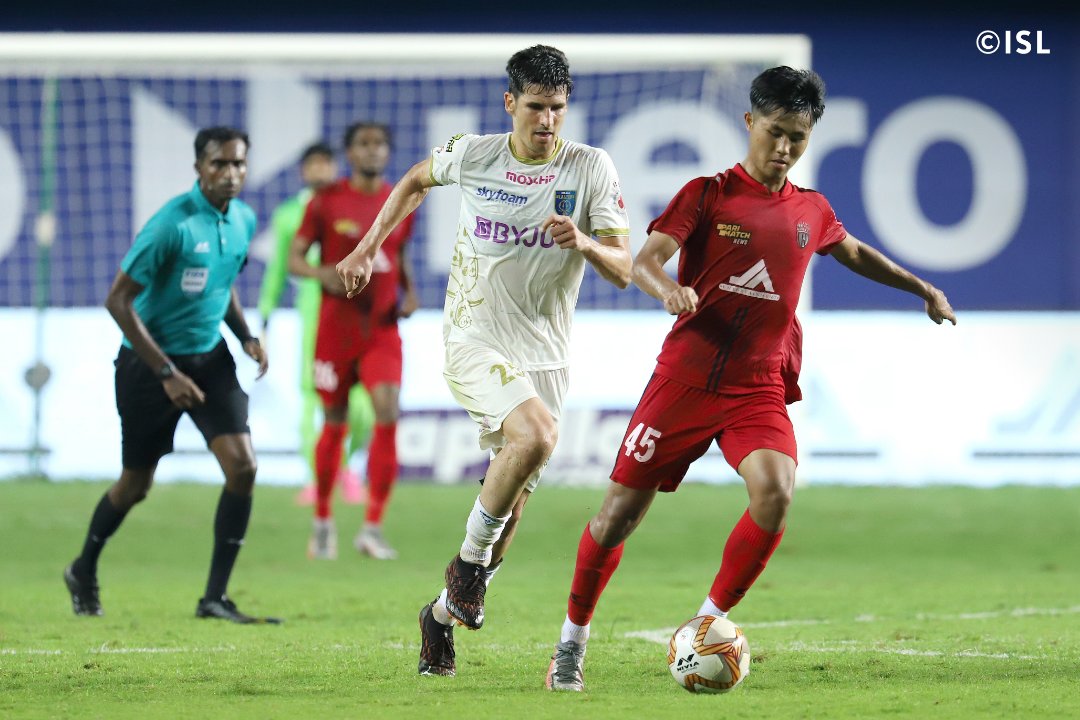 Vasco (Goa): NorthEast United qualified for the Indian Super League (ISL) playoffs with a 2-0 win over Kerala Blasters at the Tilak Maidan on Friday.

NorthEast needed at least a point from the match to cement their place among the top four and an all-round performance helped them leave their playoff rivals FC Goa and Hyderabad FC behind.

NorthEast went two goals up in the first half itself through Suhair Vadakkepeedika (34th minute) and Lalengmawia (45th).

Coach Khalid Jamil fielded an unchanged XI from their previous game while Kerala Blasters had just one change with Sandeep Singh preferred over Subha Ghosh.

NorthEast fashioned a great opportunity soon after the start. Luis Machado sent in a delivery into the box, which was headed out straight back to him. His cross from the right found Dylan Fox but he shot wide.

At the other end, Kerala missed a chance to go in front. Bakary Kone managed to evade his marker and to get to the end of a corner kick taken by Jessel Carneiro, but his header missed the target.

Khassa Camara slipped in a through ball which Kone failed to deal with in the 34th minute. Suhair Vadakkepeedika got on to the ball and went past Sandeep Singh, before rounding off an advancing Kerala Blasters goalkeeper Albino Gomes, to put his side ahead.

Jamil’s men increased their lead just before the half-time break through an astonishing Lalengmawia strike. Fox set up Lalengmawia, whose well-struck long-ranger bounced off the underside of the bar into the net.

Kerala made the better start to the second half. They created chances through Rahul KP and Gary Hooper, but a finish eluded them. At the other end, Gomes was forced into a fine save when Machado showed his brilliance and on entering the box, tried his luck at goal.

Despite the chances they got NorthEast couldn’t get their third. Their best chance came when Federico Gallego played a weighted pass to Brown, who managed to evade Gomes. However, his shot from a tight angle found the side netting.