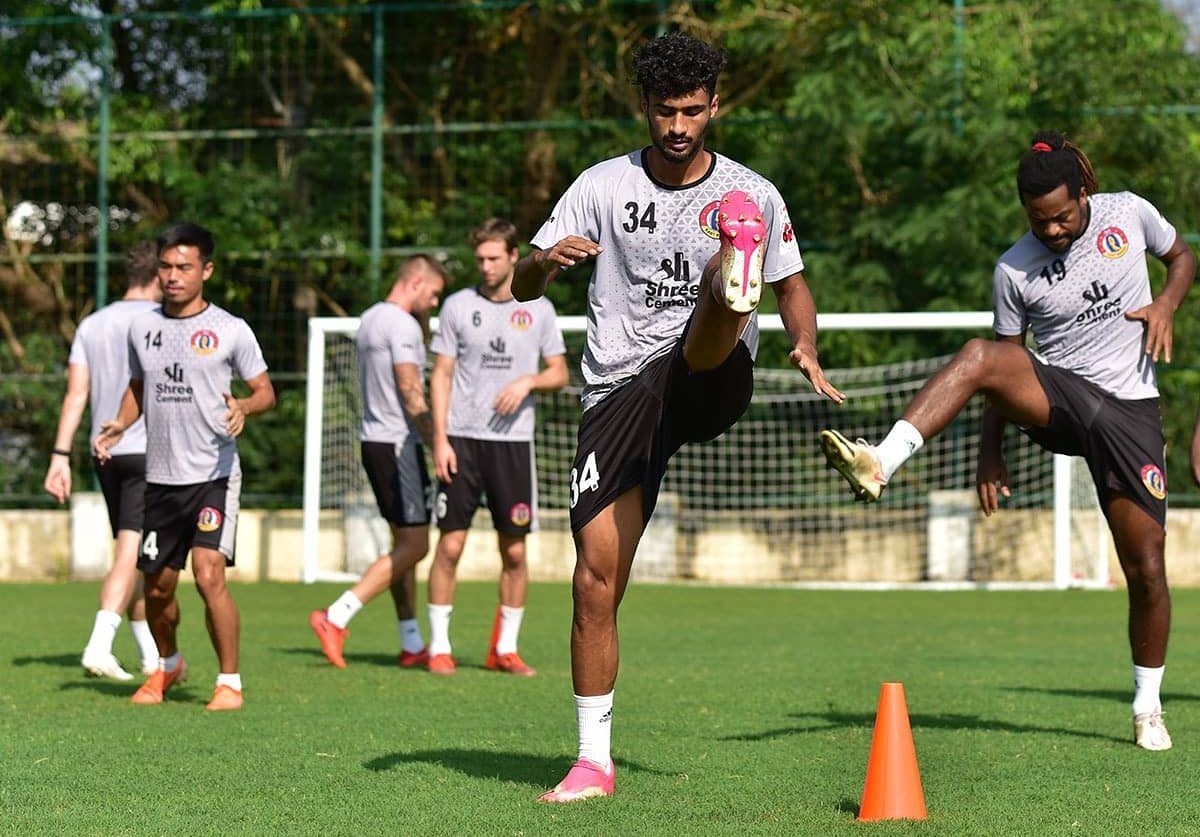 Panaji: After three consecutive home games, Hyderabad FC are back in action in an ‘away’ game when they face SC East Bengal at the Tilak Maidan in Vasco, in Round 17 of the Indian Super League, on Friday.

Manolo Marquez’s men bounced back from a first-half deficit claiming a 3-2 win in a thrilling encounter, the last time these two sides met, in the middle of December. But East Bengal come into this game on the back of a victory over Jamshedpur on Sunday and will be confident going into the game. Meanwhile Hyderabad FC, who too were in action on Sunday, played out a 0-0 draw just hours later and will look to build on their unbeaten run since the turn of the year.

With the race to the top-4 heating up, HFC Head Coach Manolo Marquez believes that the competition is high in the league and that his side need to win this game to stay in contention.

“If we win every game from now, we are surely in the top-4. But the league is so competitive that we cannot think too far ahead. We need to take it one game at a time and thinking about the league table could be a mistake. We have a difficult game coming up and we are only focused on it,” said Manolo.

Robbie Fowler’s side had a slow start to the league campaign, but have lost just two games since that defeat to Hyderabad in December. They may not have Fowler, who is suspended, on the sidelines for this game but the likes of Anthony Pilkington, Jacques Maghoma, Daniel Fox, Matti Steinmann and the ever-exciting Bright Enobakhare are all match winners on their day.

East Bengal have also been assisted well by Indian stars like Narayan Das and Raju Gaikwad, all of who will make this a difficult game for Hyderabad.

“For me, Bright is one of the best players in the league. It is difficult to stop him, but East Bengal have other quality players that are going to make this game difficult for us. We should try to stop them playing their style of play but I am sure this game is not going to be easy for my side,” said Manolo, talking about the challenges his side will face on Friday.

But Hyderabad FC are currently on an eight-match unbeaten streak, winning three of those games. They are level on points with FC Goa and NorthEast United and need a positive result in this tie, to give themselves a cushion in the qualification for the top-4.

“If you allow teams below you in the points table to get closer to you or get past you in the league table, I don’t think you deserve to qualify. So, we will try our best in all our games to make sure that the teams we face do not have a chance to get close to us,” Manolo added.

HFC’s backline of Odei Onaindia, Chinglensana Singh, Akash Mishra, Asish Rai and Laxmikant Kattimani, have now kept four clean sheets in their last six games and they could once again be crucial against a strong, attacking side like East Bengal.

Manolo Marquez also has all his first-choice players fit for this game. So, it will be interesting to see the combination that Head Coach will put out on Friday.

“The fixture list in the ISL does not allow us to use the same players for every game. May be East Bengal have a few players who are fresh but for us, having every one fit will give us an opportunity to use fresh players, more than to change any tactics for this game,” revealed Manolo, when asked about some early team news ahead of this game.

Hyderabad FC can open a three-point gap over NorthEast and FC Goa with a win in this game while SC East Bengal can reduce their distance from the top-4 to just four points if they can beat HFC. So, this is a game where both sides cannot settle for anything less than three points.