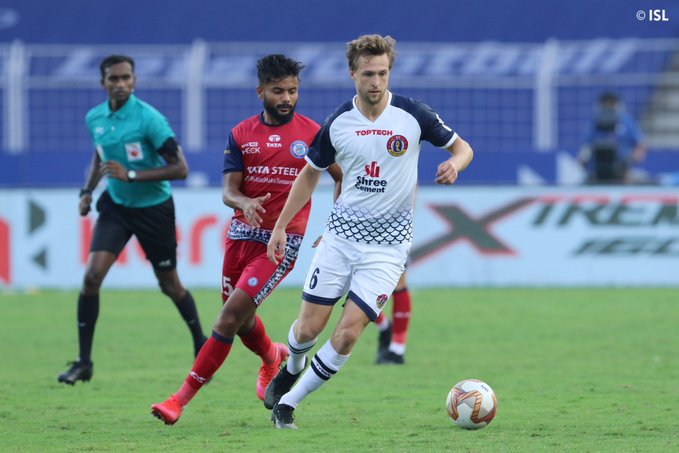 Margao: SC East Bengal defeated Jamshedpur FC 2-1 for their third win in the Indian Super League (ISL) on Sunday at the Fatorda Stadium in Goa.

Midfielder Matti Steinmann (6′) put SCEB ahead and then helped Anthony Pilkington score the second (68′) to seal three points for them.

SCEB moved up to the ninth spot with 16 points from as many games while Jamshedpur remained seventh with 18 points from 16 matches.