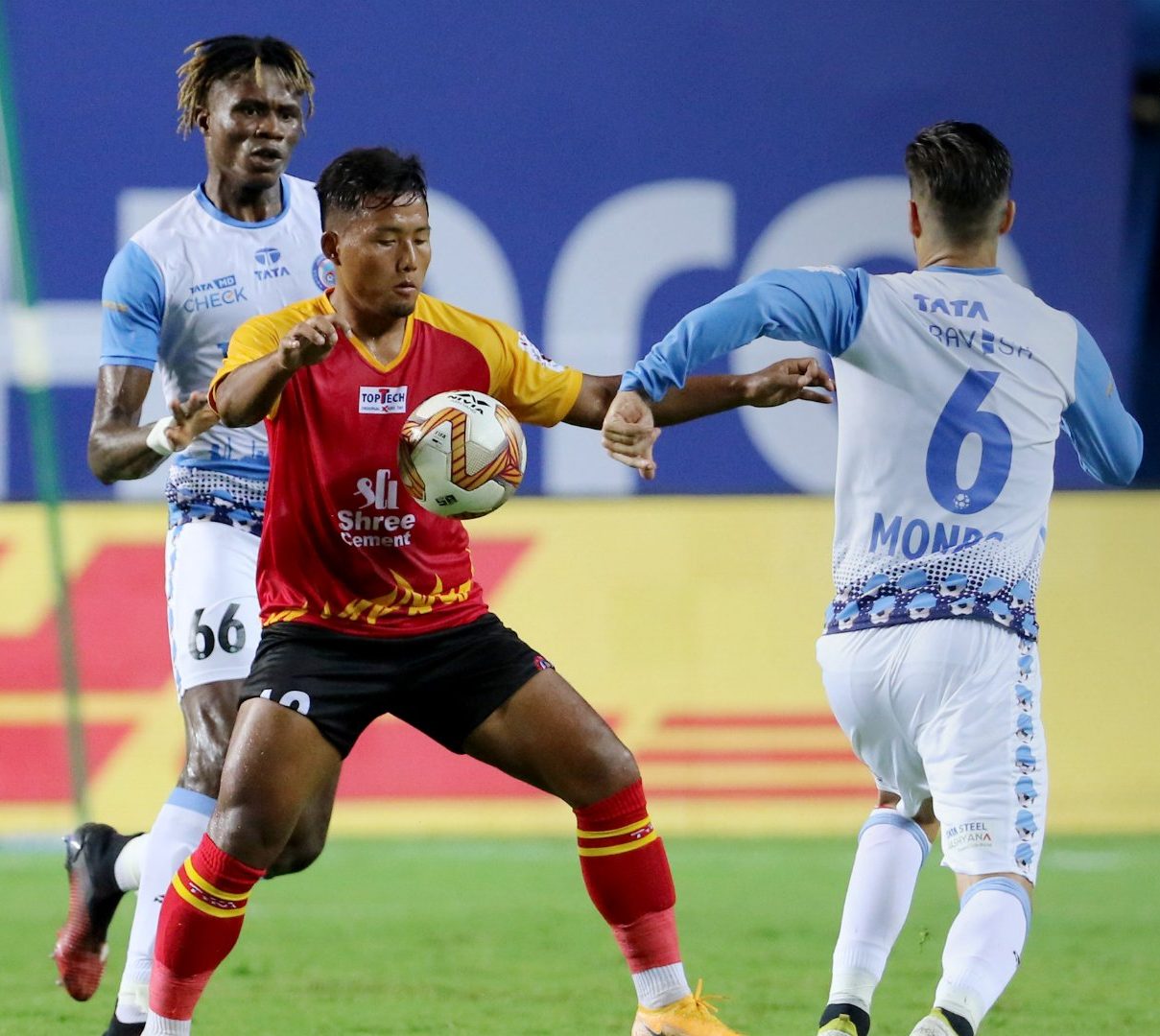 The red and gold shirts are yet to score in their debut ISL campaign and both sides registered their first clean sheet in the tournament.

With the shared points, SCEB remained at the bottom of the 11-team league with one point from four matches while JFC were pegged at fifth spot with six points from five matches.

Jamshedpur were livelier in the early part of action and should have gone ahead in the 6th minute had Aniket Jadhav composed himself in a one-on-one situation.

Jadhav was released on goal but with SCEB goalkeeper at his mercy he scooped the ball over.

Midfielders Steinmann and Maghoma tried to drive SCEB forward only to be crowded out by JFC defenders.

It only got harder for SCEB as they were reduced to 10 men after Eugene Lyngdoh picked up a rather harsh second booking the space of four minutes for a frontal challenge on Alex Lima.

A man up, JFC pressed forward sensing the momentum shifting their way.

They were unlucky in the 35th minute when Stephen Eze’s header off a corner rebounded off the crossbar and Neriju Valskis’ header landed into the hand of Roy.

SCEB had little to offer upfront and only once did Anthony Pilkington rush into the box and shoot, towards the end of the half.

Even after resumption of action, SCEB defenders had to work overtime to keep their side from conceding.

JFC were unfortunate for the second time when Lima’s booming left footed volley kissed the cross bar and went out in the 69th minute.

As time passed, JFC’s frustrations grew as they were unable to break SCEB despite enjoying a numerical advantage.

Lack of a telling final ball also added to their tribulations, which spilled over when Laldinliana was ordered to leave the pitch after picking up his second yellow card.