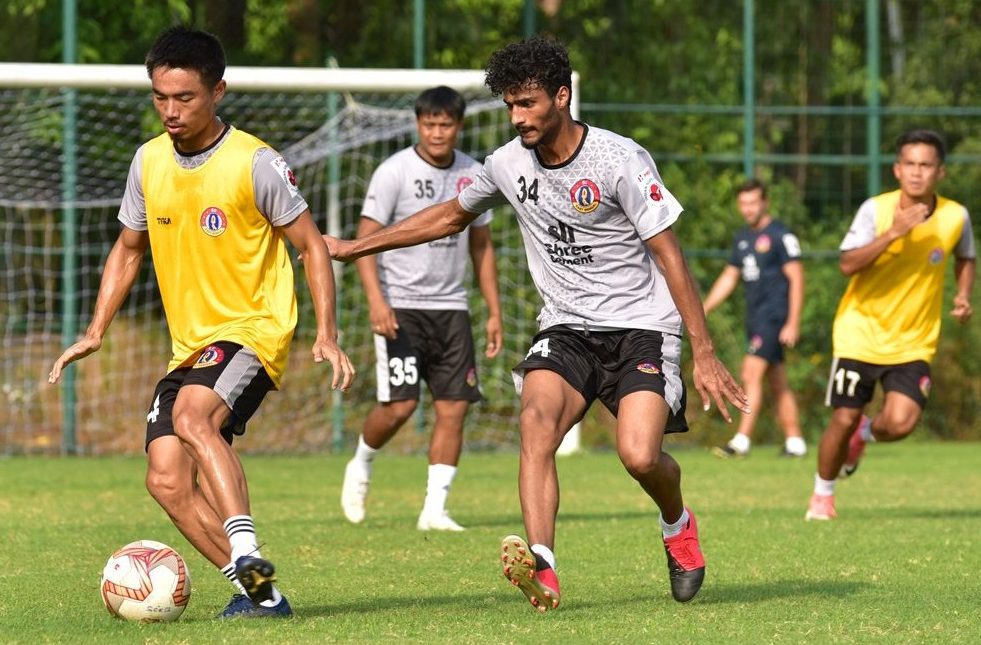 After suffering three consecutive defeats right at the start of their maiden Hero ISL campaign (against ATK Mohun Bagan FC, Mumbai City FC, and NorthEast United FC, respectively), the Red-and-Golds put up a spirited fight against Jamshedpur FC to hold them to a 0-0 draw.

However, the team would go into Sunday’s contest having lost their previous game 2-3 against Hyderabad FC despite attacking midfielder Jacques Maghoma netting a brace to end their goal drought.

Kerala were beaten 2-4 in their last game. They are ninth wih two points from five matches while SCEB are 11th with just a point.

SC East Bengal coach Robbie Fowler said, “We all need to play better against Kerala Blasters FC and our concentration levels need to be higher. It doesn’t really matter what formation you’re playing with because it can change if a player moves ten yards. We’ve shown that we can compete. Maybe the results didn’t go our way, but we always go out there, believing that we can win.”

For SCEB, midfielder Eugeneson Lyngdoh is expected to return from his one-match suspension for Sunday’s clash, while KBFC defender Costa Nhamoinesu, who missed the Bengaluru FC game due to a red card in the game before that, is likely to be available, too.

The Red-and-Golds have conceded ten goals so far as defensive lapses continue to hurt them. Fowler attributes it to a lack of concentration at crucial moments.

“It doesn’t matter what level of football you play, the game is all about concentration. As the coaching staff, we try to do everything in terms of preparation and doing homework on the opposition, but ultimately the players have to get their act right.

“Concentration is a huge thing in football; one defender switches off and before you know, it’s a goal. Even if a player switches off for a split-second, it could be fatal,” he said.