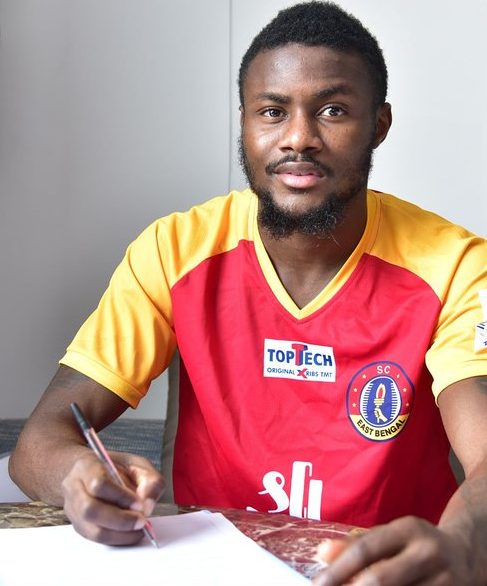 “I am absolutely delighted with the signing of Bright. I have had a good few chats with him, given him our vision and our beliefs…what we want to achieve here. He has accepted them with an open mind,” said head coach Robbie Fowler, a former Liverpool legend.

“I am happy to be part of SC East Bengal. It is the biggest club in India and offers me a fresh challenge. The Indian Super League is growing at a rapid pace and I believe I can fulfill my potential there,” Enobakhare said.

“I know the league is already underway and I have to quickly get along with the squad and I am ready for that. I am really looking forward to the challenge ahead,” he added.

Enobakhare came through English Premier League side Wolves’ academy and went on to become a member of the Championship title-winning squad which gained promotion to the Premier League in 2017/18.

He made 49 appearances for the club, netting three goals, twice in the League Cup and once against Barnsley in the Championship in September 2017.

Enobakhare also joined Scottish Premiership club Kilmarnock on a six-month loan deal and then spent the remaining part of the season with League One side Coventry City, where he grabbed eyeballs, winning the club’s young player award. He found the back of the net six times in 18 appearances for Coventry City.

Enobakhare last turned out for Greek side AEK Athens.