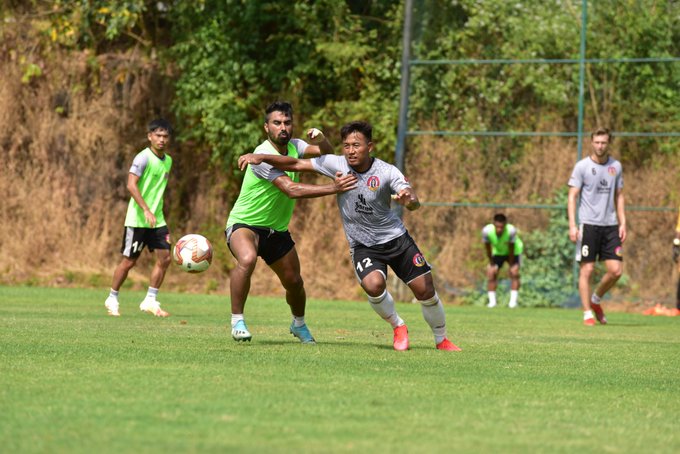 Panaji: Robbie Fowler will be under pressure to end his side SC East Bengal’s three-match losing streak when they face a resurgent Jamshedpur FC an Indian Super League (ISL) game here on Thursday.

SC East Bengal are currently the only side yet to open their account in the 11-team top-tier league.

Lacking a quality striker upfront, SC East Bengal’s backline too has been badly exposed of late, especially after injury to their captain and defensive mainstay Danny Fox.

“It’s not going to be an easy game as no game in this tournament is supposed to be easy. We have a lot of quality in the side; we just need to take our chances. We need to convert chances and defend well,” SC East Bengal’s midfielder Jacques Maghoma said.

When the going gets tough, the tough get going!

“I think that if we rectify a few errors here and there, we’ll be fine and start winning those points. We just need to get some positive results.”

Luck too is eluding Fowler’s side as their two penalty claims, including one when Maghoma was brought down inside the box against NorthEast United FC, were rejected by the referee.

“We started so well, dominated possession, but couldn’t capitalise on the chances. A penalty at that stage would’ve been massive for us. You can give the referee the benefit of the doubt. Maybe they made a mistake, but hopefully, they will correct it before the next game.”

The Owen Coyle-coached side, on the other hand, would be high on confidence after their one-sided win over ATKMB as they have moved up to seventh spot.

“But the points are important because we came very close to the last two or three matches.

ISL: Mumbai City open up lead at top with win over Chennaiyin