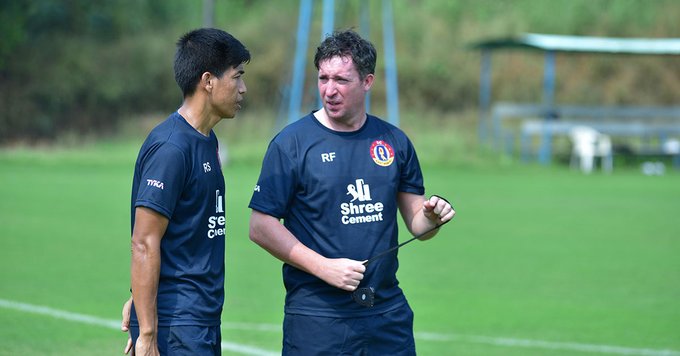 SCEB were beaten 0-2 by NorthEast United to keep them at the foot of the table.

“Tonight was probably our worst performance so far. We have lacked dynamics in the final third, we will get it right. It has been tough for us, not making excuses here. We are guilty of giving away silly goals, the English coach said.

“Sometimes it is schoolboy football (while defending). When you are a professional footballer, you need to realise what’s at stake. We will work on that on the training pitch.”

The Red and Golds coach also pointed to atleast two strong penalty shouts that were turned down by referee Santosh Kumar.

“I thought (the penalties) were blatant. Certainly the first one in the first half was clear-cut. The second one, for me, was clear cut as well,” Fowler said.

“We should have had two clear-cut penalties. If we had gotten those and scored, the game would have changed dramatically. We’re obviously disappointed but there’s not much we can do.”

“We know that the referees have a hard job to do. But when you talk about some of the decisions today, it can’t happen. You’re talking about professional football. Some decisions were really amateur. These can’t keep happening because we’re going to have people talking about the league for all the wrong reasons. I rest my case,” he added.

Fowler also admitted that his team lacked spark up front as players hasn’t been able to train efficiently due to the excessive travel involved within the bio-bubble.

“Everything seems to be against us at the moment. You see decisions on the pitch, losing our captain (Daniel Fox). Our own game is a two-hour drive to the stadium. We are up against it. Again, I’m not making excuses.

“These are reasons as to why we can’t train as much as we want to. You can’t have the players on the bus for four hours a day. But we’ve got to work with what we’ve got and it’s a tough ask.”