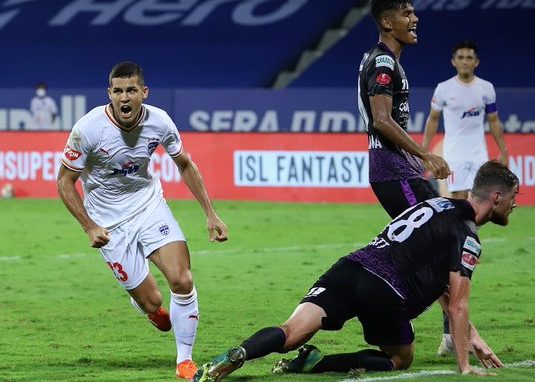 Odisha remained 10th, with just one point from six games while BFC have 12.

Bengaluru were dominant from the start and got the breakthrough in the 38th minute.

Dimas Delgado found Harmanjot Khabra who routed the attack from the right and floated a perfect cross into the box. Chhetri leapt higher than Shubham Sarangi and headed home.

Odisha equalised from a set-piece. Captain Steven Taylor made a fine run to reach the end of Jerry’s free-kick and deflected the ball in.

BFC regained their lead in the 79th minute. On receiving a long ball, Udanta Singh headed in for Deshorn Brown in the box.

The latter played it into Silva’s path. The Brazilian did not miss from close range.