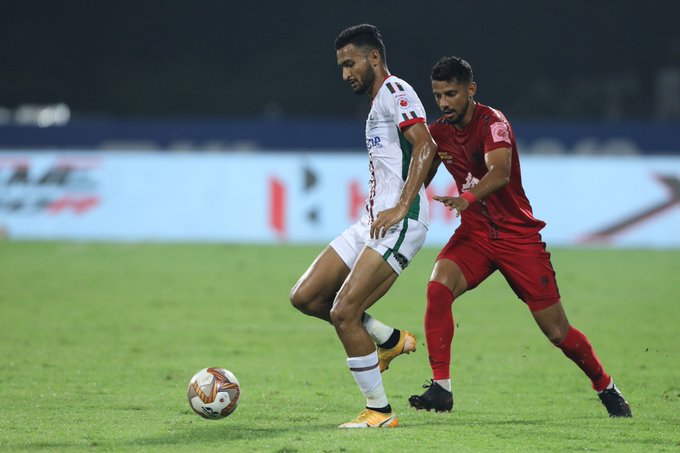 Margao: ATK Mohun Bagan will look to shake off a spirited NorthEast United FC in their semi-final second leg on Tuesday and reach the Indian Super League (ISL) final.

After a 1-1- draw in the first leg and devoid of the advantage of scoring away goals, the winner of the seond leg will advance to the final.

“Both sides have to push for a winner as there is no away goal rule this time, so I am expecting this match to be an open game,” he said.

NorthEast are unbeaten for 10 game since Khalid Jamil took over as the head coach mid season.

Pressure will be on Bagan to outscore them. However, ATKMB coach Antonio Habas said it is an opportunity for his team to improve.

“No pressure for us. I think that the players and the staff have to talk that it’s a big opportunity. Maybe this opportunity will not come another time in the life. We have to enjoy the semi-final and the final. That is the idea because we have to keep our personality, our discipline and our tactical shape and after that enjoy if possible.”

Asked whether his team hass prepared for penalties, should the game stretch thus far, Habas said: “In the semi-finals, there is no big distance in the teams. Because the four teams are the best in the league. There’s absolute minimum difference. After that, if teams make the smallest of errors, that can decide the game. That bit is clear to us. We have to get our security and after that, score goals. That’s the principle idea for us.”

Despite getting several opportunities, Bagan only managed to score once in the first leg.

The Spaniard said his team would aim not to commit mistakes at the back and make it easy for NorthEast.

“Our idea is to concede the minimum number of opportunities. So whatever the opponents score is down to their merit, not our mistakes.”

Habas added that since the semi-fianls are two-legged affairs, the result of the first leg is not paramount in qualifying for the final.

Bagan would be without the injured midfielder Edu Garcia while recovering defender Sandesh Jhingan may be included in the squad.