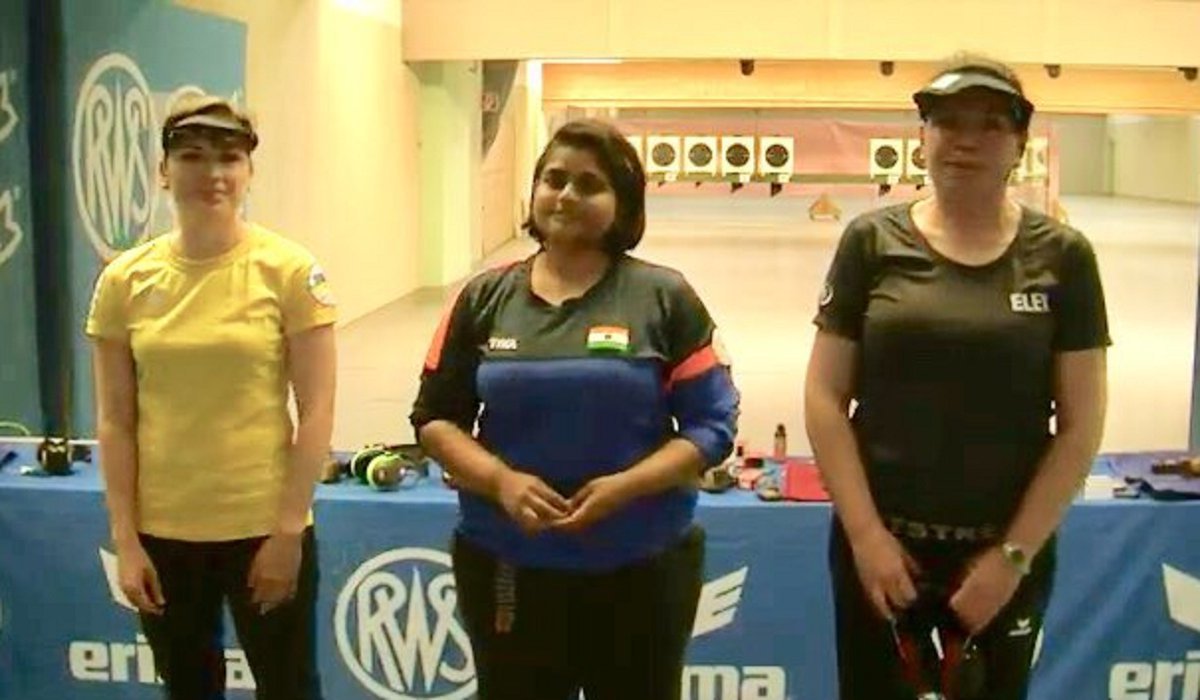 Sarnobat’s gold is India’s first in the ongoing edition after the country secured one silver and two bronze medals earlier in the tournament.

The 30-year-old Sarnobat fired a final score of 39 after qualifying second with a total of 591. Her stupendous performance in the final included perfect scores in the third, fourth, fifth and the sixth series.

The silver went to France’s Mathilde Lamolle, who scored 31 in the final.

In the qualification, Sarnobat fired a brilliant 296 in the rapid fire round on Monday. Her precision score was an equally impressive 295 on Sunday.

Bhaker recorded a total of 588 to qualify third after firing a 296 in the rapid fire round on Monday following an impressive 292 in the precision round on Sunday.

However, she was eliminated early in the final with a disappointing score of 11, losing a shoot-off to Bulgaria’s Viktoria Chaika.

Bhaker had teamed up with Saurabh Chaudhary for the 10m air pistol mixed team silver.

She had earlier clinched the women’s 10m air pistol team bronze with Sarnobat and Yashaswini Deswal.

Before that, Chaudhary had won the men’s 10m air pistol individual bronze medal.

This is the last competitive outing for the Olympic-bound shooters, who will go to Tokyo after their stint here.