It was a season of fine lines for SRH, says Williamson 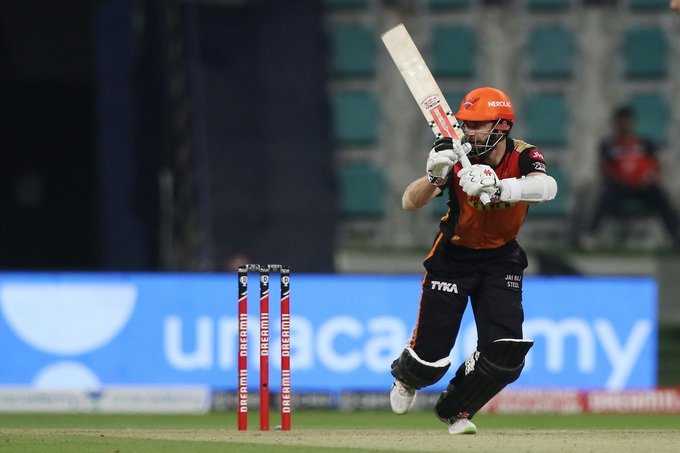 Abu Dhabi: New Zealand batsman Kane Williamson admitted that SunRisers Hyderabad didn’t play their “best” cricket in the Indian Premier League 2020, a season where they made it to the playoffs but failed to make it to the final.

On Sunday evening, SRH’s campaign came to an end following a narrow 17-run defeat to Delhi Capitals in Qualifier 2 at the Sheikh Zayed Stadium.

“(It was a) season of fine lines I think. We had a number of very close losses. We perhaps weren’t playing at our best. I think every team is very strong, everybody has beaten everybody, you have to be on top of your game,” said Williamson at the virtual post-match presser.

“As a team we were looking for that rhythm to our play as a collective and perhaps took a little bit of time. A lot of teams were in a similar boat and it was nice that we were able to find it at a crunch time and win sort of four or five in a row which gave us an opportunity. But like I said we would have liked to have gone through,” he added.

SRH had a roller-coaster journey where they came from behind to qualify for the playoffs. They, infact, had to register four consecutive wins in their final four matches of the league stage to make it to the knockouts.

On Sunday, Delhi first posted 189/3 in their allotted 20 overs and then restricted Hyderabad to 172/8 to make it to their maiden IPL final. Williamson contributed with 67 runs from 45 balls. However, that was not enough for SRH to set up a title clash with Mumbai Indians. Their chase was, however, dented in the powerplay itself as they lost David Warner, Priyam Garg and Manish Pandey in the first five overs.

“They (DC) are a very good side, they have been trying to find the rhythm to their play, little bit like we were when we managed to for a period of time,” said Williamson.

“Tonight they put it together and played really well, put on a very competitive total on the board, which going into the second innings risks needed to be taken. And unfortunately, we didn’t get the best of starts.

“But we managed to build partnerships through the little period. Real shame to not kick on in the tournament. But I think the last three weeks, the guys would be pretty proud of the way they played,” he added.

Felt it was plumb: Dhawan tells Yuvraj about his dismissal against SRH

IPL 2020: “Our attitude in the field let us down,” says SRH skipper David Warner