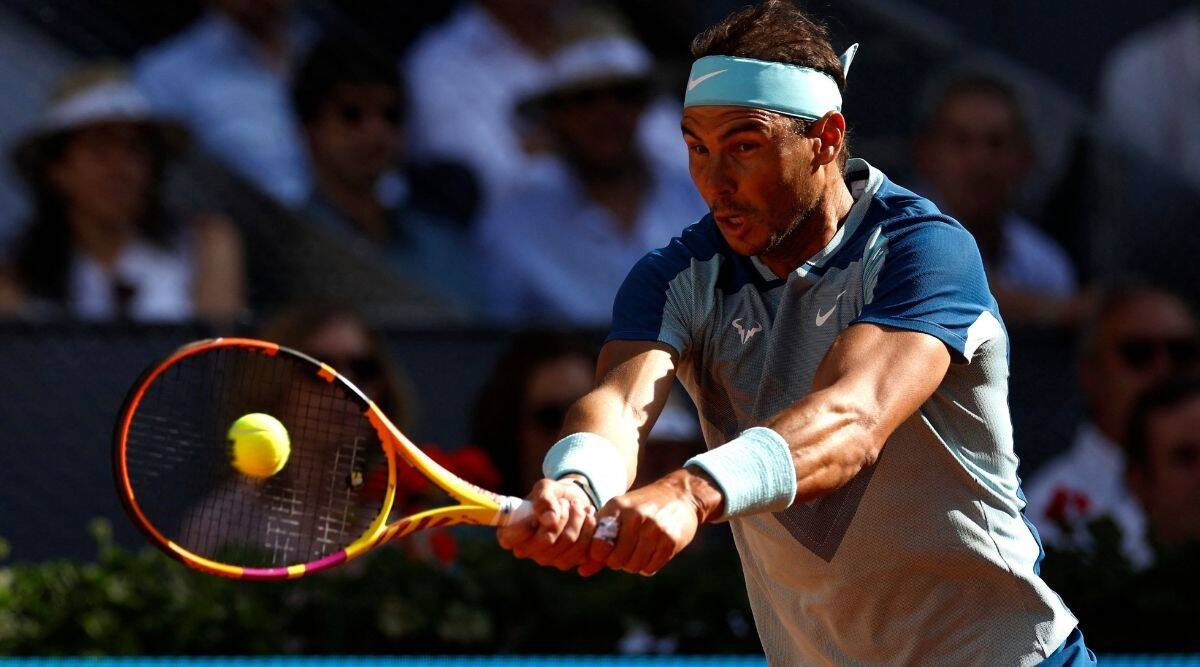 At 35 and after nearly two decades at or near the top of tennis, Rafael Nadal likens his body to “an old machine.” A machine that was idle for more than a month recently when the 21-time Grand Slam champion was recovering from a rib stress fracture.

After he was injured during a semifinal win over Carlos Alcaraz at Indian Wells in March, Nadal returned to action at the Madrid Open last week, when he was beaten by the 19-year-old Spaniard in the quarterfinals.

Nadal won his opening 20 matches of the year, which included the Australian Open title, but he said at the Italian Open on Monday that his stretch of good form means nothing now.

“My body is like an old machine. To put this machine on again it takes some time,” Nadal said.

“It’s not the same when you (are) 19 than when you have almost 36, with all the issues that I went through in my tennis career.

“You need to build again the confidence on your body, on your movements, then you going to start feeling again comfortable with your tennis. It’s more about being confident with my movements, recover the speed, recover the way that I have to play on clay.” Nadal, who turns 36 on June 3, is playing his final warmup in Rome this week before attempting to add to his record total of 13 French Open titles.

The tournament at Roland Garros starts in less than two weeks.

“I need some time, but maybe this week can be a positive week, maybe not. Who knows?” Nadal said.

That’s my goal unfortunately this year, because I didn’t have another chance to approach this clay-court season with all the things that I went through.” Nadal, who has won the Italian Open a record 10 times, will open at the Foro Italico against either big-serving American John Isner or Argentine qualifier Francisco Cerundolo, who reached the semifinals of the Miami Open.

Top-ranked Iga Swiatek is back on tour looking to extend her 23-match winning streak and defend her Rome title.

She said she spent “five or six days” without picking up her racket.
“It’s pretty good to have (an) opportunity to do something like that in between tournaments, in the middle of the season,” Swiatek said.

“I’m more fresh. Mentally and physically, I had time to rest.” Swiatek then trained for five days at Rafael Nadal’s academy in Mallorca, Spain, which gave her an opportunity to visit the Nadal museum.

“It was inspiring,” Swiatek said.

“Seeing numbers on Wikipedia is one thing, but seeing all the trophies, how consistent he was sometimes in some tournaments, it’s amazing.” Swiatek, the 2020 French Open champion, routed Karolina Pliskova 6-0, 6-0 in last year’s Rome final. She’ll open against either one of two Americans: Shelby Rogers or Alison Riske.

Five-time Italian Open champion Novak Djokovic calls Rome his “second home.” “In terms of support that I’ve been getting, in terms of the sensation I have every time I come back here. I think speaking a little bit of Italian helps connect with people,” the top-ranked Serb said.

“Italian mentality is close to Serbian mentality in terms of passion, emotions. So it’s always a joy for me to come back.” Djokovic, who lost to Nadal in last year’s Rome final, said his game is coming back after missing a large portion of the season because of his refusal to get vaccinated against the coronavirus.

Djokovic lost to Alcaraz in a third-set tiebreaker in the Madrid semifinals on Saturday.

“Even after (an) almost 3 1/2-hour battle against Alcaraz, I recovered well the next day, was ready to go. That’s a positive and encouraging factor prior to Rome and also, of course, the big goal, which is Paris.”

“The Michael Jackson of the Arab world kind of texted me,” Jabeur said, referring to Lebanese singer Ragheb Alama. “It’s a great honor for me.” The seventh-ranked Tunisian, the first Arab female or male to make the top 10, also received a congratulatory message from Tunisian-Italian rapper Ghali.

“I love his work, his songs,” Jabeur said.