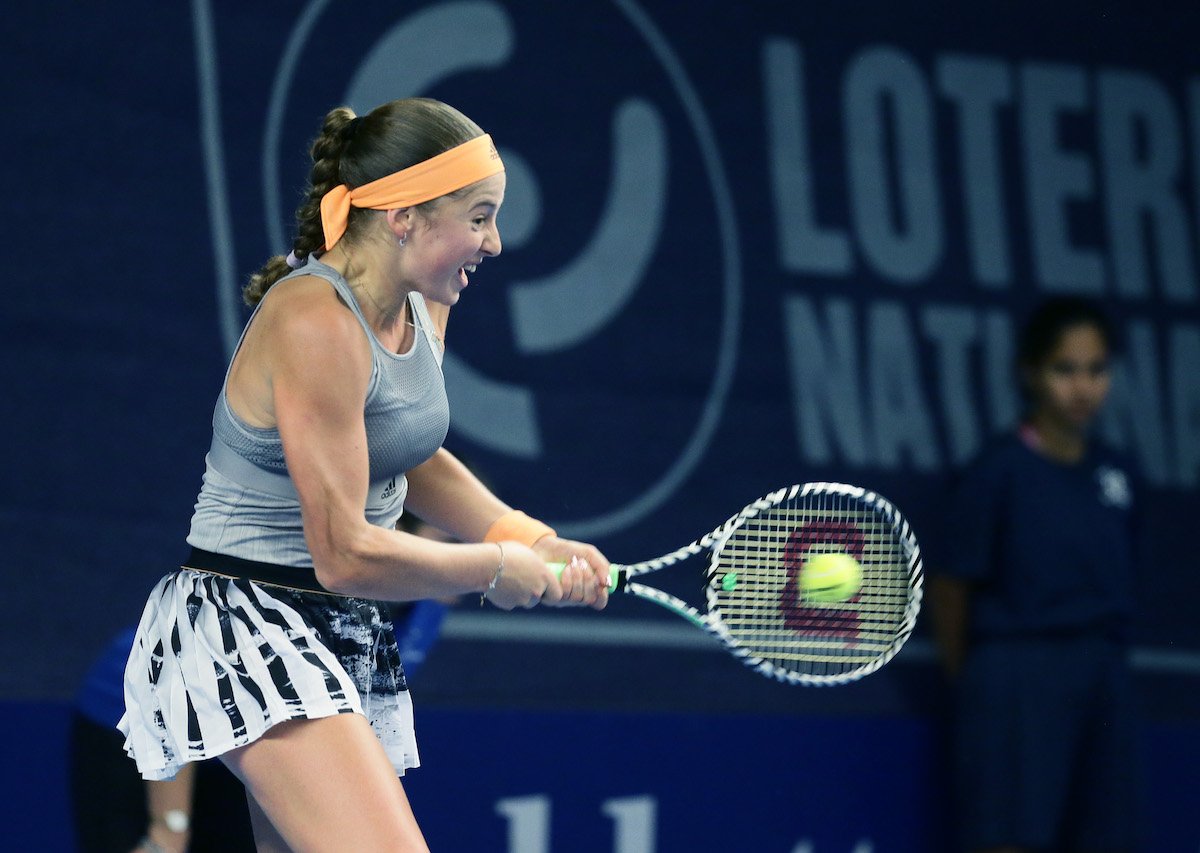 Melbourne: Heartbroken Jelena Ostapenko was knocked out of the Australian Open on Thursday after taking the difficult decision to play despite the sudden death of her father.

The 22-year-old former French Open champion, whose father Jevgenijs passed away earlier this month, had said playing in Melbourne was the best way to take her mind off her loss.

She pulled out of a tournament in Auckland at the start of the year and flew home to Latvia, but decided to play in the Australian Open where she was beaten by Belinda Bencic in the second round.

Her father had driven her to the airport for the flight to Auckland and had been buoyed by her return to form, having slumped since winning the 2017 French Open.

“My dad was always believing in me,” she told the official Australian Open website before Thursday’s match. “I decided to play (in Melbourne) because I will be busy with something.

“If I stay home I think it’s gonna push me even more and will be even harder for me.”

Ostapenko beat Liudmila Samsonova of Russia in the first round, before coming unstuck against Swiss sixth seed Bencic, 5-7, 5-7 on Thursday.

“I was just trying to be in the present moment, to not think about anything else,” Ostapenko said after defeating Samsonova.

Ostapenko is not the only young star to recently lose her father.

Aryna Sabalenka’s father suddenly passed away in November aged 43 and Amanda Anisimova’s father died just before the US Open.

“We actually spoke with Aryna Sabalenka about this, she shared some moments with me as well. It just happened to her a little bit earlier,” Ostapenko said.

“When you expect it and you know that the person is not healthy or something, it’s another thing, you know it.

“But to lose such a close person I think it’s very hard.”