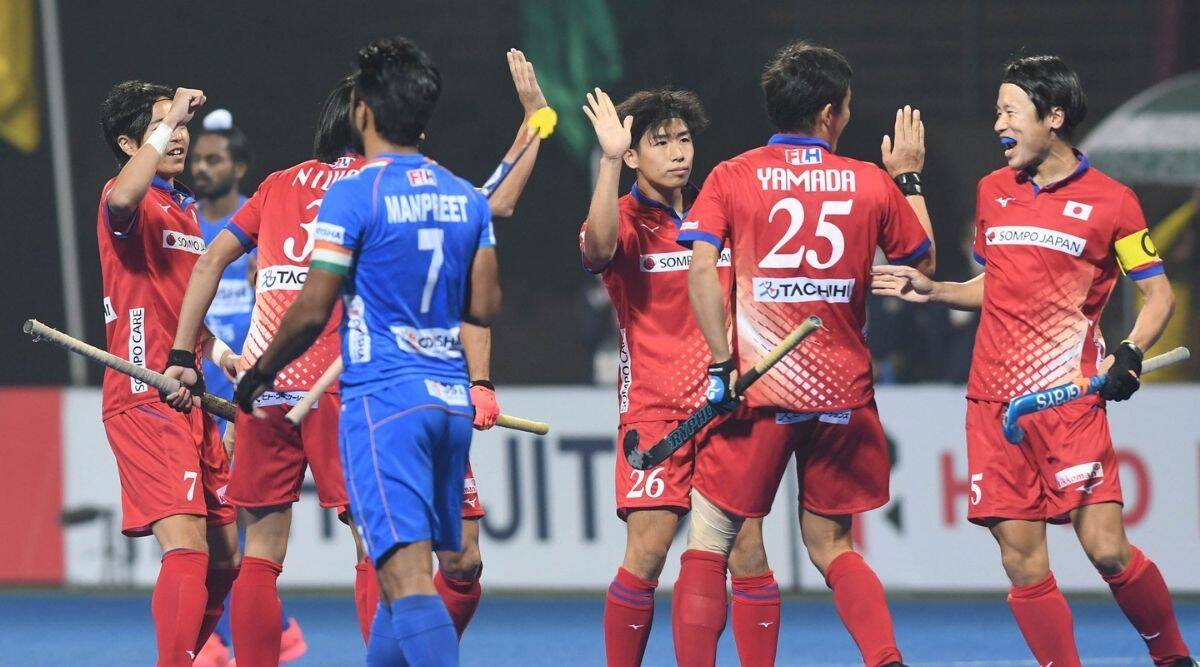 Dhaka: Defending champions and Olympic bronze medallist India dished out a below-par performance to suffer a stunning 3-5 defeat against Japan in the second semifinal of the Asian Champions Trophy men’s hockey tournament in Dhaka on Tuesday.

India were the overwhelming favourites before the start of the match after having thrashed the same opponents 6-0 in their last round robin match and also on head-to-head record, but the Japanese had other plans.

Japan were a completely different side on Tuesday as they toyed with the defence of the Manpreet Singh-led side from the beginning.

The Indians were nowhere near their last match performance against Japan as their defence crumbled under relentless pressure from the lower-ranked opposition from the onset of the match.

It was a complete contrast of the performance India had displayed against Japan in their last outing as the Olympic medallist could never recover from the early goals they conceded.

Japan raced to a 2-0 lead inside the first two minutes and that seemed to have jolted the Indians and they played catch-up hockey thereafter.

India and Japan had met 18 times before with the hosts winning 16 games, while Japan emerged victorious on one occasion and one ended in a draw.

Japan will now take on South Korea in the summit clash, while India will be once again up against Pakistan in the bronze medal clash on Wednesday.

The tournament ended in an anti-climax for India after having topped the round robin stages with an unbeaten record.

In the other semifinal of the day, South Korea beat Pakistan 6-5 in a thrilling contest.

The Indians must have come into the match high on confidence after their last round-robin match but the scenario was completely different on Tuesday.

It was the Japanese who came all out attacking from the first whistle and completely dominated the opening quarter.

The Asian Games gold medallists continued to put relentless pressure on the Indian defence and secured five more penalty corners in one-and-half minutes, one of which resulting in another goal through Raiki Fujishima.

Japan completely dominated the first 15 minutes as they mounted attacks after attacks on the Indian goal to stun the Olympic bronze medallists.

It was a completely disappointing show from India as they failed to create a single scoring chance in the first 15 minutes.

Trailing by two goals, the Indians came out with more purpose in the second quarter and reduced the margin in the 17th minute through Hardik’s field goal after he was set up by skipper Manpreet Singh and Dilpreet Singh.

India kept up the pressure and secured their first penalty corner in the 19th minute but Nilam Sanjeep Xess’ effort was saved by the Japanese goalkpeer.

But Japan did not sit back and relied on their fast-paced counter attacks, which caught the Indian defence off guard on numerous occasions in the match.

From one such counter attacks, Japan earned another penalty stroke for an obstruction by India custodian Krishan Bahadur Pathak and this time Kirishita stepped up and converted the chance to go into the breather with 3-1 lead.

After the change of ends, Japan stunned India again when Kawabe tapped in a loose ball in the open goal with the Indian defence giving up thinking they have conceded a penalty corner. But, the umpire played advantage.

Ooka then tapped in from close range in the 41st minute after being set up Kenta Tanaka’s briilliant work from the left flank.

Trailing 2-5, India went all out in search of goals and secured two more penalty corners soon but wasted both.

With just over a minute left, India secured their fifth penalty corner, and this time Hardik scored his second goal of the day from a variation.

India captain Manpreet Singh was expectedly upset with the result.

“Not the result we wanted. We were lazy a bit at the start, conceded 2 early goals. Big lesson for us that we can’t underestimate any team, we need to ready for the match tomorrow,” he said.