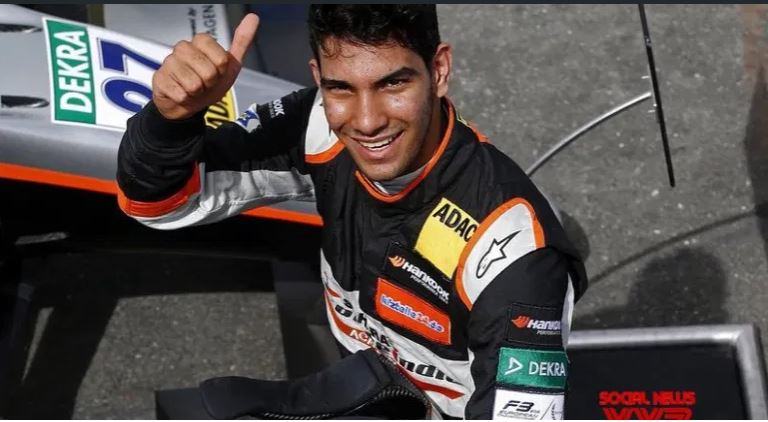 Dubai: Mumbai Falcons made an impressive debut in the Formula 3 Asian Championship in the United Arab Emirates, with Jehan Daruvala clinching the third place in the first race of Round 1 at the Dubai Autodrome.

Jehan had a good start and quickly moved up a place to third and he held on to it to claim the podium. His good run over the weekend helped him finish in seventh position in the overall drivers’ standings with 27 points.

Kush Maini, however, was unfortunate as he was hit by another car and had to pit, which put him at the back of the entire field. He still managed to clock the second fastest lap time in this race which allowed him to start second for Race 2.

An unlucky brake issue, again, saw Kush barely move fifty meters down the track, at the start of the race.

Jehan too lost a few positions in the opening lap but recovered well later to finish seventh.

Race 3 saw Kush get a fantastic start. But four cars entered the first corner side by side, leading to a contact. This forced Kush to pit once again to repair damage, to re-join at the back.

Jehan’s car too momentarily went airborne and spun him around. The young Indian managed to get his car started and re-joined in eighteenth. From there on, Jehan drove a brilliant race. On a circuit with few overtaking opportunities, the 22-year-old was practically overtaking a car a lap.

From eighteenth, Jehan steadily climbed up the order and was by far the quickest driver on track. Some excellent racecraft helped him get into the points and eventually finish in seventh position.

Jehan’s phenomenal pace meant he also had the fastest lap of the race, which was almost 3 tenths of a second faster than any other racer on track.

“I had the pace to win Race 3, but unfortunately there was an incident at the start. I was lucky to avoid any serious damage. Coming from the back was tough, but I really enjoyed overtaking so many cars. The podium in Race 1 was good to have but, I am confident we will do better in the remaining rounds,” Jehan said.

Maini added: “It’s been a weekend to forget for me. However the strong takeaway is that we had good pace and I am confident we will get better. The team worked hard together to overcome the initial issues.”

The championship now moves to Yas Marina Formula 1 Circuit in Abu Dhabi, for two back to back events.