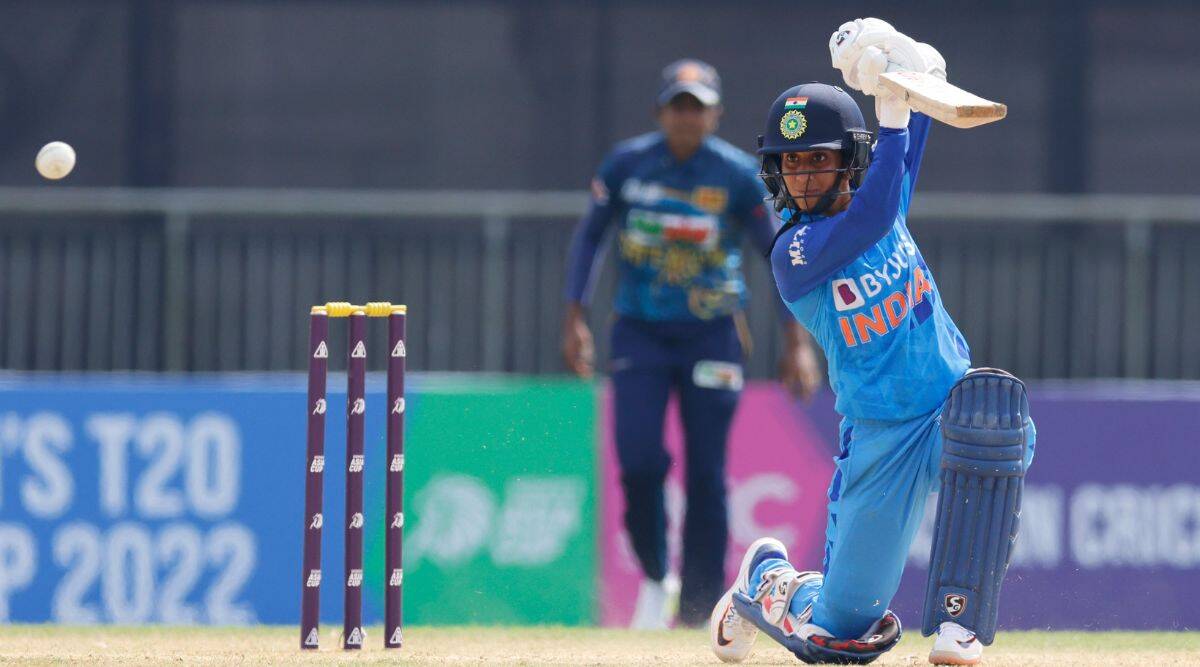 Jemimah Rodrigues played the role of an enforcer to perfection with a career-best 76 in T20Is before the bowlers produced a clinical display to power India to a 41-run win against Sri Lanka in their women’s Asia Cup opener here on Saturday.

Rodrigues put up a boundary-hitting exhibition as she whacked 11 fours and a maximum in her counter-attacking 53-ball innings to help India post 150 for six on a wicket where batters struggled due to low bounce.

The Indian bowlers then struck at regular intervals to bowl Sri Lanka out for 109 in 18.2 overs. The Indians were better than their Sri Lankan counterparts in all three departments. India were not off to the best of starts after being asked to bat.

But Rodrigues, who is coming off a wrist injury, was in control from the beginning, timing the ball to perfection. She kept sending the ball to the fence every over and punished the Sri Lankan bowling attack all over the field.

Rodrigues raced to her half-century in 38 deliveries and together with skipper Harmanpreet Kaur (33 off 30) steered India over the 100-run mark. The two got 92 off 71 balls with Kaur also looking dangerous.

The skipper got a reprieve in the 15th over when she has dropped off Sugandika Kumari (1/26) but couldn’t capitalised on it as Ranasinghe had her stumped in the next over.

Sri Lankan bowlers then staged a comeback in the death overs with a flurry of wickets. While Rodrigues continued to score at a good pace, going past her previous career-best T20I score of 72, her fabulous innings soon came to an end off a Chamari Athapauththu (1/8) slow and low delivery as the Indian was bowled.

Dayalan Hemalatha chipped in with an unbeaten 13 towards the end while Richa Ghosh (9) slammed a six. Spinners, led by Ranasinghe did the bulk of the work for Sri Lanka.

Chasing 151, Sri Lanka were off to a flyer, plundering 13 runs off the first over bowled by pacer Renuka Singh (0/20). But Sri Lanka couldn’t continue the momentum as they lost wickets at regular intervals.

All-rounder Deepti Sharma (2/15) got the prized wicket of the experienced Chamari (5) with her slower ball. The Sri Lankan skipper looked to slog it over the on side only for Renuka to catch the ball at square leg.

Sri Lankan’s running between wickets was sloppy as a sharp India side capitalised on the errors.

Deepti ran out Melsha Shehani (9) but opener Harshitha Samarawickrama (26) continued to play aggressively but she too was run out in the eighth over.
With the required run rate increasing, the Sri Lankans wilted under pressure.

Pooja Vastrakar (2/12) snared the wickets of Nilakshi de Silva (3) Kavisha Dilhari (1) off her successive overs as Sri Lanka were left tottering at 61/5.

However, Hasini Perera (30) provided some resistance as she partnered with wicketkeeper Anushka Sanjeewani (5) and Oshidi Ranasinghe (11) to breach the 100-run mark.

But spinner Hemalatha (3/15)cleaned up the tail with a three-wicket burst as India started their Asia Cup campaign with a win.

India against South Africa match at Guwahati ‘sold out’