JK Tyre festival of speed: A carnival for all as Vishnu, Muzammil grabs spotlight 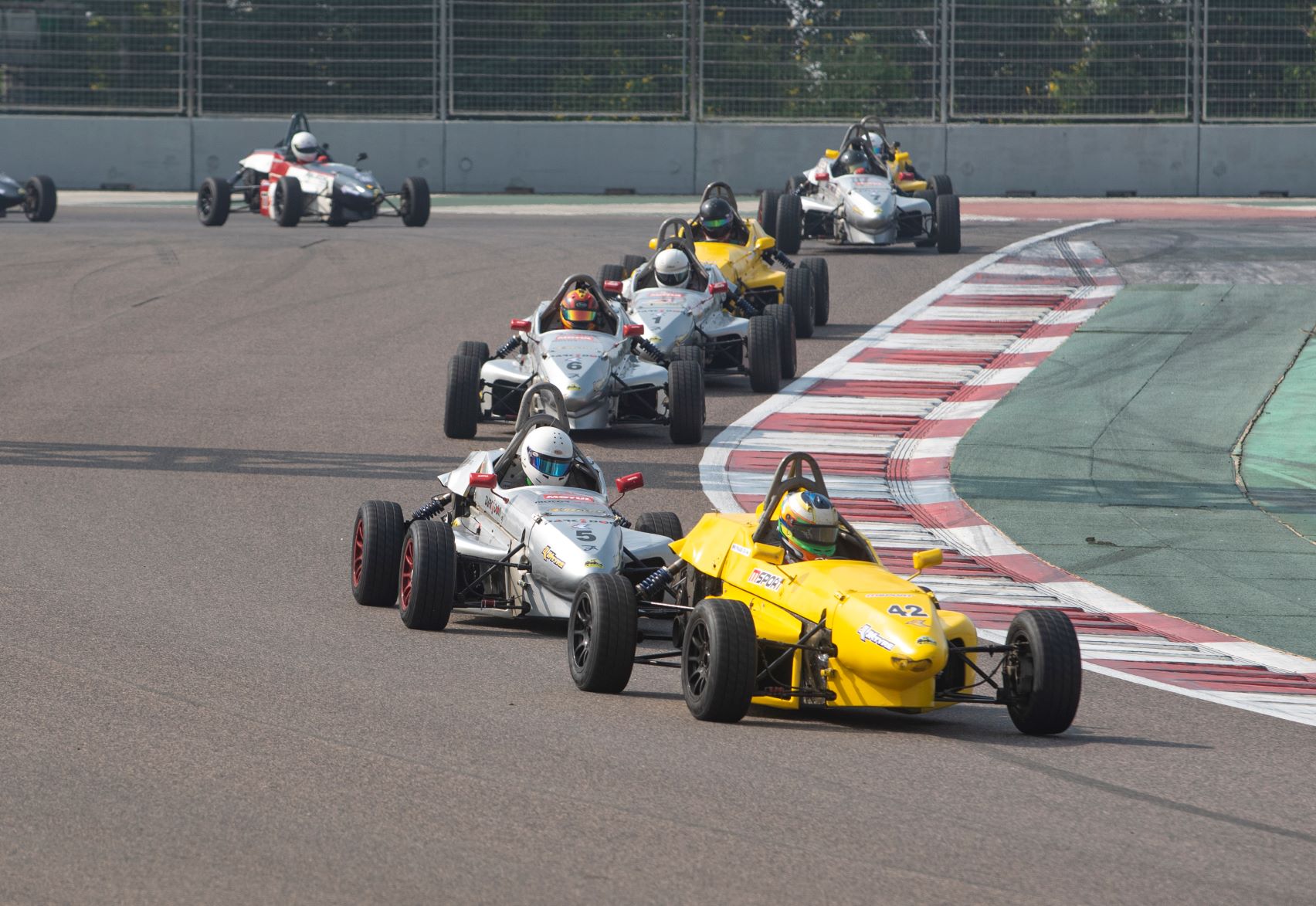 Greater Noida: Over 35,000 excited fans enjoyed an entertaining day at the JK Tyre Festival of Speed at the Buddh International Circuit on Sunday.

Some of the world’s best racers from across formats, Chennai’s Vishnu Prasad and Bengaluru’s Syed Muzammil Ali demonstrated nerves of steel to emerge as the heroes at the race.

Coming into the final day with 73 points apiece, Vishnu and Raghul knew that, for once, they didn’t have to chase victory; they just had to finish ahead of the other to claim the championship.

True to their reputation, Vishnu and Raghul went all out, providing for a thrilling race, with Vishnu winning in dramatic fashion, Raghul finished third to take the second position in the championship.

While interacting with media, Syed Ali said, “I was stunned by the enthusiasm of spectators, however I couldn’t pay attention to the crowd, as I was aiming towards the race.”

Formula racer, Anushriya Gulati said that “Motorsports is growing gradually in India and if anyone loves speed must take up the sport. I also hope that today’s event would be a catalyst to turn up more sponsors for the sport.”

Earlier Arjuna awardee, Gaurav Gill stated that “It’s (Motorsports) is slowly getting recognition.  But since it’s a niche sport it will take a little bit of time to come into the mainstream.” 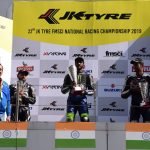 The podium ceremony at the JK Tyre Suzuki Gixxer Cup

The Suzuki Gixxer Cup too followed the script of the season, with Syed Muzammil Ali and Tanay Gaikwad locked in one last fight. Tanay, however, began with a huge disadvantage following a DNF on Saturday.

He began from the back of the grid and valiantly fought his way up but could only manage a third-place finish to settle for the second position in the championship. Muzammil, who had an overnight 2-point lead, made sure that he hit the post ahead of Tanay to clinch the Cup.

The inaugural X1 Racing competition, with its mix of top international and domestic drivers, proved to be an exciting new format.

Bangalore Racing Stars, with Arjun Maini, Oliver Webb, Vishnu Prasad and Michelle Gatting, claimed Round 1 thanks to their two wins on Day 1. They also won the last race of the round, the relay race, to emerge clear victors.

Mumbai Falcons, (Kush Maini, Mikkel Jensen, Karthik Tharani and Pippa Mann) won one of the two races of the day and had to settle for the second position.

Hamilton caps off season with triumph in Abu Dhabi GP