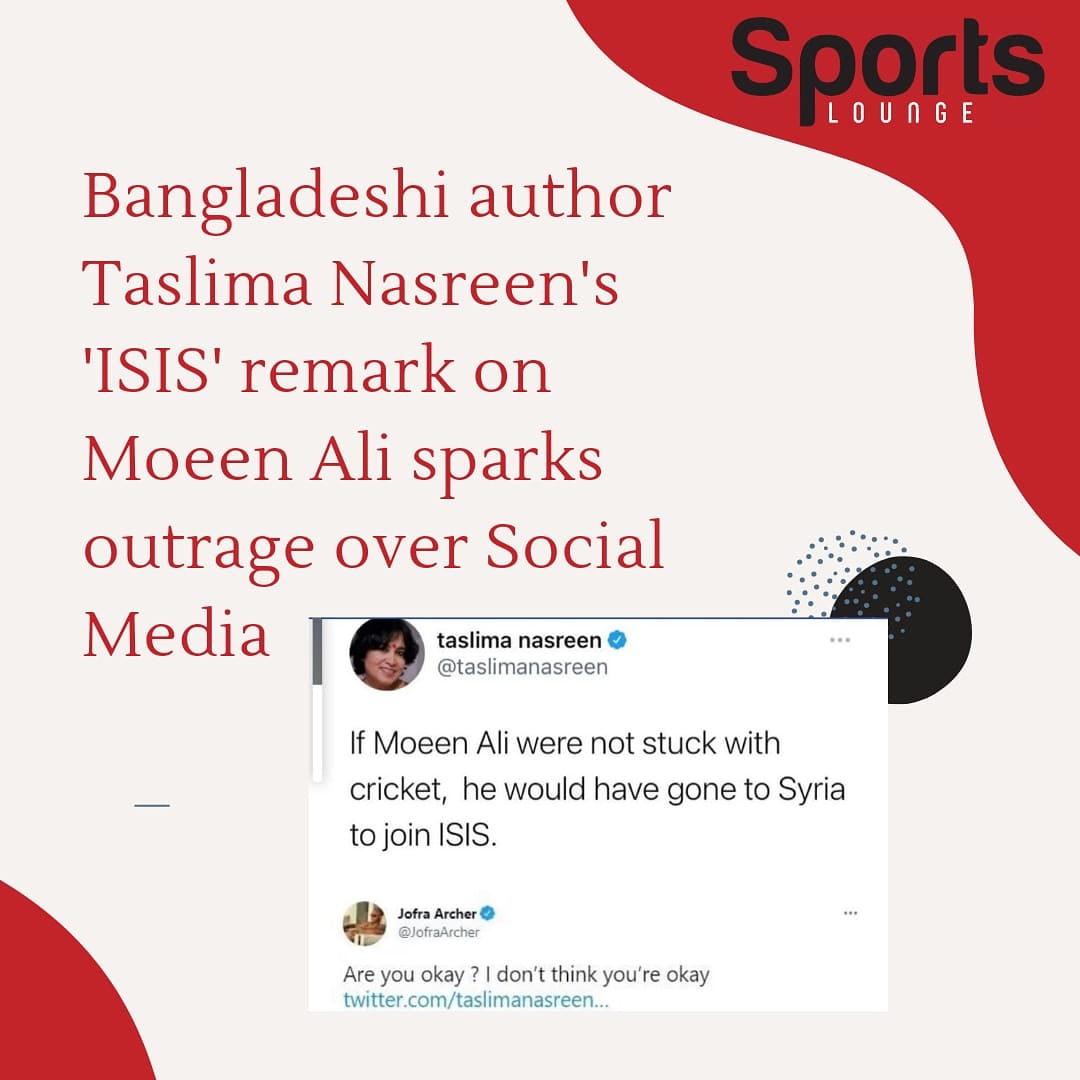 After Nasreen tweeted that England all-rounder Moeen Ali would have become an ISIS terrorist in Syria had he not stuck to cricket, Archer responded with the tweet: “Are you okay? I don’t think you’re okay,” while quoting Nasreen’s tweet.

“If Moeen Ali were not stuck with cricket, he would have gone to Syria to join ISIS,” Nasreen had tweeted, drawing flak from scores of cricket lovers on social media.

However, Nasreen continued to defend her tweet and claimed that she was being humiliated because she opposed Islamic fanaticism.

“Haters know very well that my Moeen Ali tweet was sarcastic. But they made that an issue to humiliate me because I try to secularise the Muslim society and I oppose Islamic fanaticism. One of the greatest tragedies of humankind is pro-women Leftists support anti-women Islamists,” Nasreen said.

Archer said that Nasreen should delete the tweet as it was neither sarcastic, nor funny.

“Sarcastic? No one is laughing, not even yourself, the least you can do is delete the tweet,” Archer said.

Archer’s stand for his teammate has drawn a lot of praise on social media.