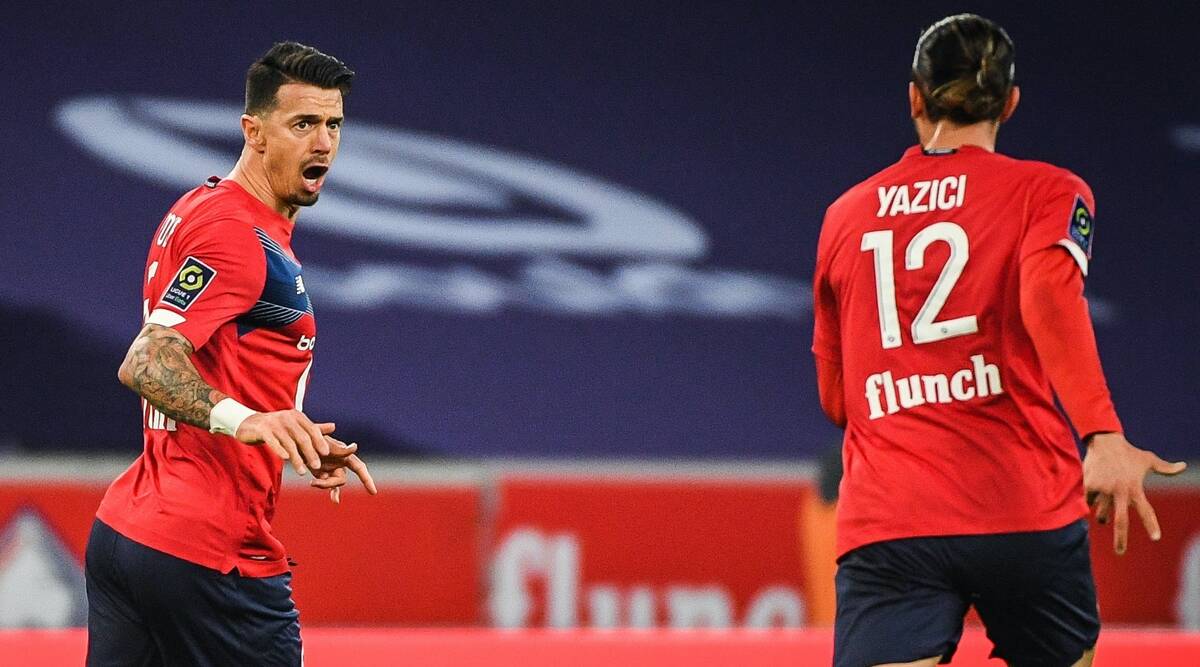 New Delhi: Captain Jose Fonte rescued a point for Lille with a thumping late header in a 1-1 home draw with Strasbourg to ensure his side stayed top of Ligue 1.

Lille is two points ahead of defending champion Paris Saint-Germain and three ahead of third-place Lyon, which drew 1-1 at Marseille in Sunday’s late game.

Lyon took the lead in the 20th minute through striker Karl Toko Ekambi, who swept the ball into the corner after being set up by midfielder Lucas Paqueta.

But Paqueta’s handball just before halftime gave seventh-place Marseille a penalty, and Poland striker Arkadiusz Milik confidently equalized for his second goal in three games since joining from Napoli.

Lyon forward Memphis Depay shot just wide from the edge of the penalty area 10 minutes into the second half and, with 20 minutes left of an even contest, Paqueta was sent off for a slightly late tackle on Dimitri Payet.

Even with 10 men Lyon looked the more dangerous side, and Depay finished well in the 83rd only for his goal to be correctly ruled offside, much to the Netherlands forward’s frustration.

Earlier, Strasbourg stunned Lille when it took the lead through striker Ludovic Ajorque in the 35th minute, finishing powerfully from Frederic Guilbert’s cross.

Both sides wasted chances before the 37-year-old Fonte rose at the back post to meet Benjamin Andre’s pinpoint cross from the left.

Strasbourg did not come for a draw and almost scored a dramatic winner in the fifth minute of injury time, but Lille goalkeeper Mike Maignan made a superb save to keep out striker Habib Diallo’s low shot from 10 meters.

Down south in Monaco, substitute Stefan Jovetic and striker Kevin Volland hit late goals as fourth-place Monaco beat Brest 2-0 to stretch its unbeaten league run to 12 games and stay in the title chase.

But he was beaten one minute later when Jovetic advanced to the edge of the penalty area and let fly with a powerful shot into the bottom right corner.

Volland showed good timing to clip midfielder Aleksandr Golovin’s low free kick over Larsonneur and inside the right post in the 89th.

Monaco is one point behind Lyon and two behind PSG, which routed rock-bottom Dijon 4-0 on Saturday.