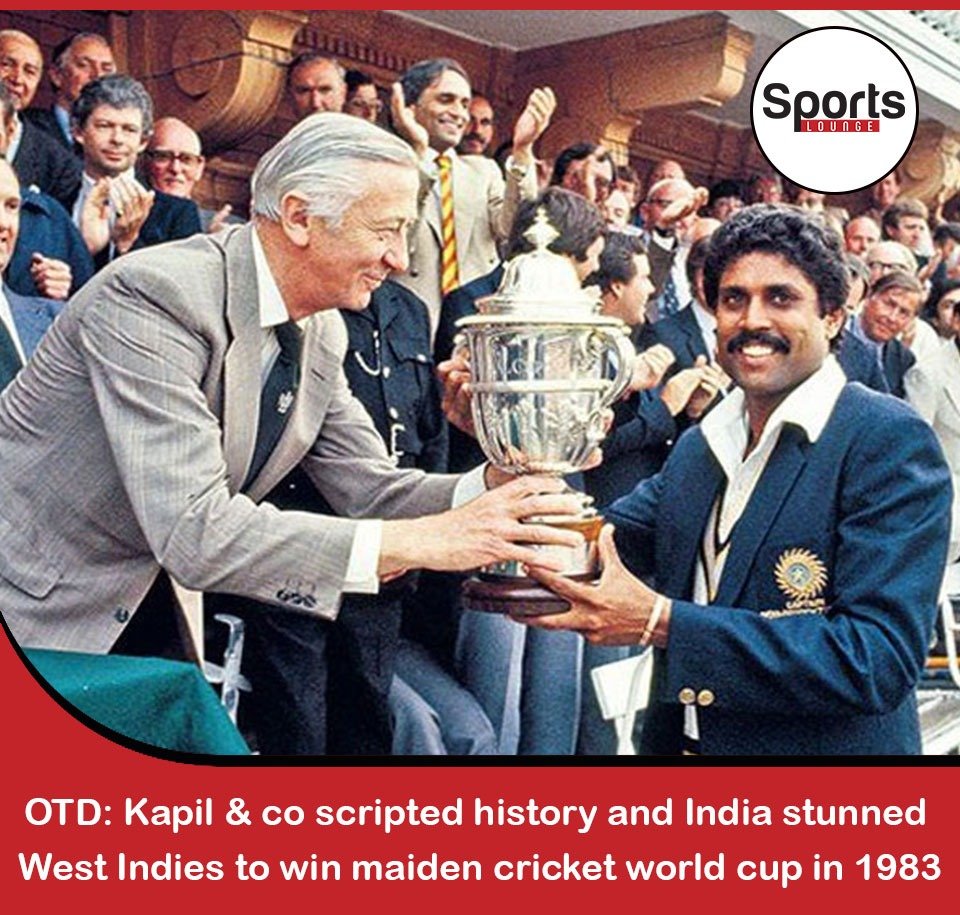 London: It was on June 25, 1983 that Team India, under the leadership of Kapil Dev, defied all odds and won their first-ever World Cup trophy.

India had entered the World Cup with zero expectations and nobody really considered them as a title contender, considering the inexperience the team had of playing ODI cricket.

Before the tournament, the Indian team had just played 40 ODIs and had infact won only one match in the previous two editions of the prestigious event.

However, with nothing to lose, Kapil and his troops decided to give it their all. They started off their campaign in an emphatic manner, defeating two-time champions West Indies by 34 runs on June 9 at the Old Trafford, which later on became a good hunting ground for the Indian team.

Gaining confidence from that win, they went on to defeat Zimbabwe in their next game on June 11.

But their campaign suffered a jolt as they faced crushing defeats against Australia (June 13) and West Indies (June 15) in their next two games.

It seemed that the team would be out of the competition. However, the Indian team came back strongly and registered comfortable wins over Zimbabwe (June 18) and Australia (June 20) to make it to the semi-finals.

On June 22, the team surprised many as they defeated England by six wickets to make it to their maiden World Cup final.

And on June 25, the underdogs whom the world had not even considered to be in the title race, surprised everyone at the Home of Cricket — Lord’s. They were bowled out for mere 183 and with West Indies having the likes of Vivian Richards and Clive Llyod, all thought it would be a cake walk for a team from the island nation.

However, with a ‘nothing-to-lose’ attitude and the self-belief that they carried after a spirited campaign throughout the tournament, the Indian boys came out with a brilliant bowling performance as they bamboozled the famed Windies batting line-up, bundling them out for 140 and winning the game by 43 runs.

Madan Lal and Mohinder Amarnath were the pick of the Indian bowlers as they picked three wickets each while Balwinder Sandhu scalped two. Kapil and Roger Binny also chipped in with a wicket each and contributed to one of India’s most famous wins in cricketing history.

The image of Kapil lifting the World Cup trophy from the iconic Lord’s balcony is still etched in the memories of cricket fans. It was a moment which told the cricketing world about the arrival of India on the big stage.

“It was the turning point for Indian cricket and for Indians. At a time when cricket was dominated by West Indies, Australia, New Zealand, and others, a total underdog Indians became the world champions,” Kris Srikkanth, who was a part of the World Cup-winning team, recently said on Star Sports 1 Tamil show ‘Winning the Cup – 1983’.

Rohit Sharma has his first outdoor training, says “good to be back on park”