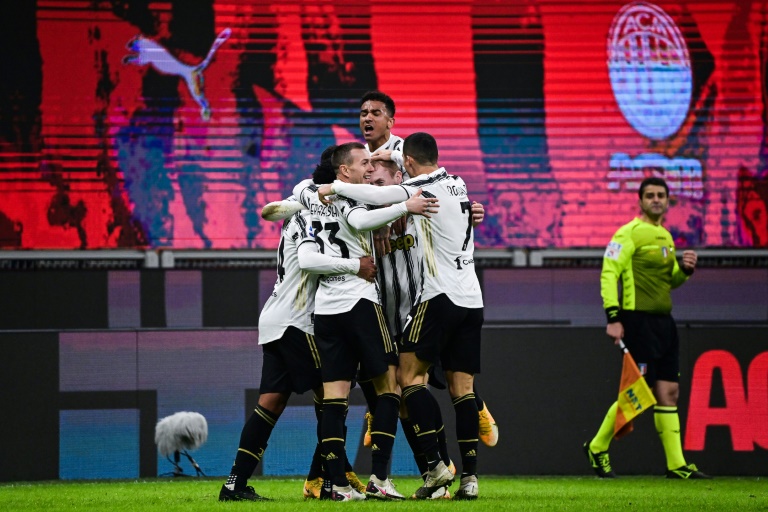 Rome: AC Milan saw its 27-match unbeaten run in Serie A ended by Juventus as it lost 1-3 to the Bianconeri at the San Siro.

The Old Lady broke the deadlock in the 18th minute as Paulo Dybala’s fantastic back-heeled pass found Federico Chiesa who blasted in an angled drive.

The home side got back on level terms before the break when Davide Calabria equalised from the edge of the box from Rafael Leao’s assist.

Dybala and Chiesa combined again in the 62nd minute, as La Joya spread the play down the right, before Chiesa finished with a daisy-cutter.

Juventus sealed the match in the 76th minute as Dejan Kulusevski came off the bench to provide an assist for Weston McKennie to drill home.

It was the first league defeat for the Rossoneri since last March, but Stefano Pioli’s side still leads the table with 37 points.

Second-placed Inter Milan failed to capitalise on its city rivals’ defeat, as the Nerazzurri lost 2-1 away to Sampdoria.

Inter threw on Romelu Lukaku in the 63rd minute and quickly pulled one back two minutes later with Stefan de Vrij’s header, but was unable to find an equaliser.

Roma claimed its third consecutive victory after a 3-1 away victory over Crotone. Borja Mayoral bagged a brace and earned a penalty which Henrikh Mkhitaryan converted.

Elsewhere, Spezia stunned Napoli as the newly-promoted side won 2-1 away to the Partenopei, while Atalanta registered another comprehensive victory with a 3-0 win over Parma.