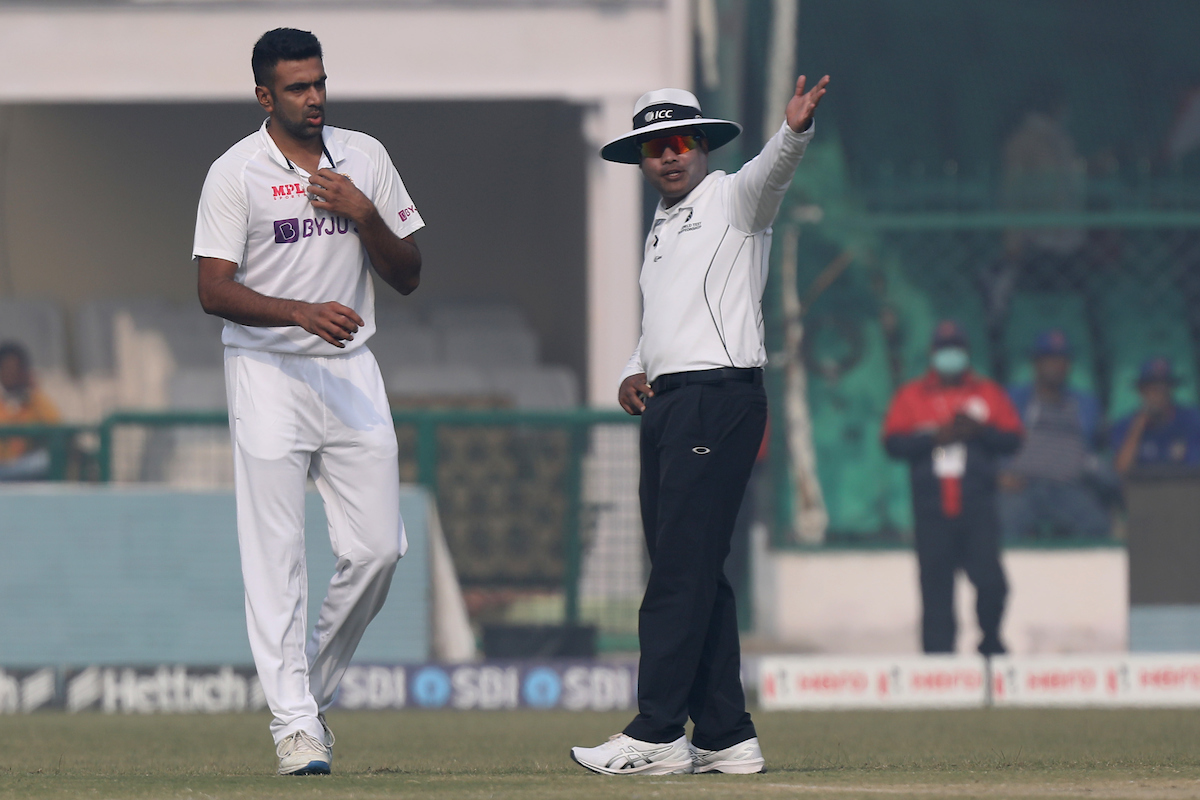 Kanpur: India off-spinner Ravichandran Ashwin and on-field umpire Nitin Menon were seen arguing over allegedly obstructing the vision of the latter during the first session of day three in the first Test against New Zealand on Saturday.

The incident happened during the 77th over when Ashwin had completed bowling the fourth ball to New Zealand captain Kane Williamson and went across after finishing his bowling action.

After this, Menon was seen having a word with Ashwin over the off-spinner finishing his bowling action in front of him, which hinted at the umpire being blinded a bit while stepping on the danger area.

Ashwin then beat the outer edge of Williamson’s bat with an around-the-off-stump delivery which skid after pitching. Immediately after this, India captain Ajinkya Rahane was summoned for a conversation with on-field umpires Menon and Virender Sharma.

Ashwin then joined the conversations on his way to completing the action after the bowling from around the wicket.

Visuals later showed India head coach Rahul Dravid trying to speak to match referee Javagal Srinath. Later on, on-air commentators suggested that rather than blocking the vision of the umpire, it could be more about Ashwin obstructing the non-striker from taking off for a quick single.

Ashwin had earlier broken the 151-run opening partnership by having Will Young edging a low-bounce delivery to keeper KS Bharat.