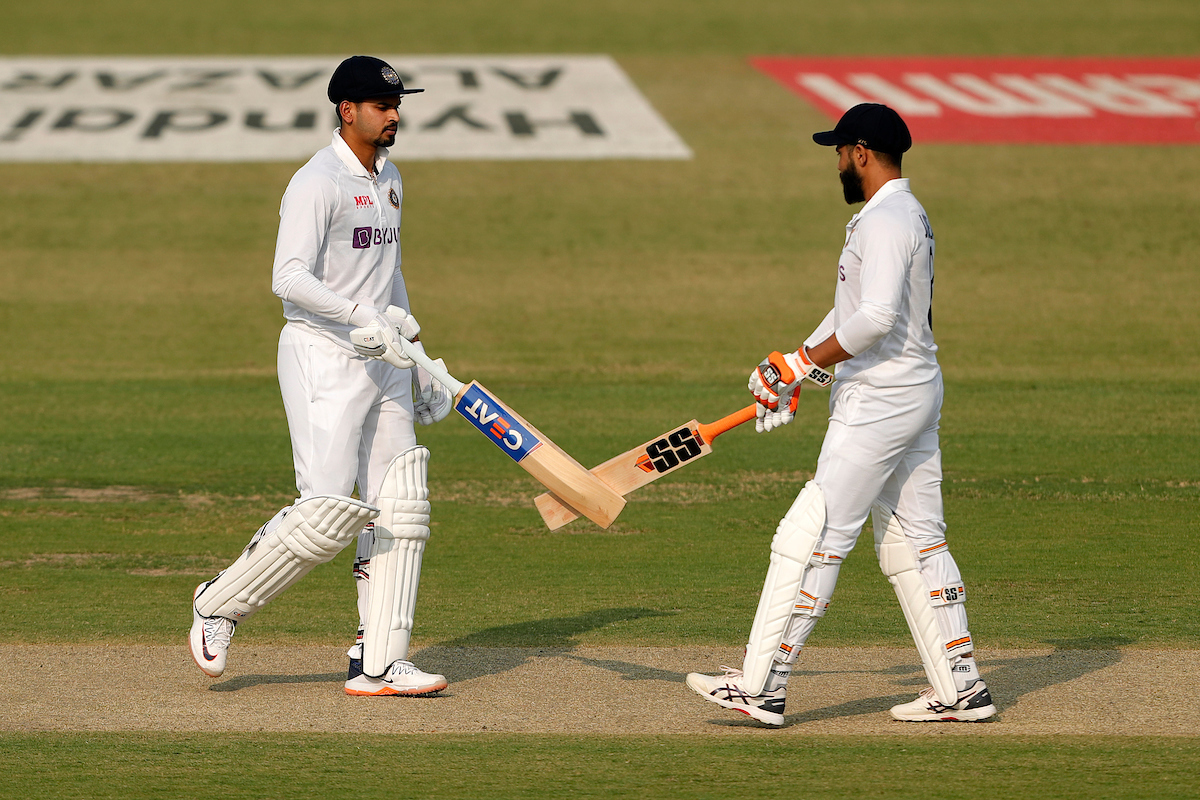 Kanpur:  Fine half-centuries by Shreyas Iyer (75 not out off 136 balls) and Ravindra Jadeja (50 not out off 100 balls) helped India reach 258/4 in 84 overs at stumps on Day One of the first Test against New Zealand at the Green Park Stadium here on Thursday.

On a truncated day when six overs were lost to bad light, Iyer and Jadeja joined forces for an unbeaten 113-run stand after Kyle Jamieson and Tim Southee had reduced India to 145/4 in 49.2 overs in the second session after Shubman Gill had given the hosts a good start while scoring his third half-century.

Carrying on the good work from the second session, Iyer began the evening session by driving an overpitched Rachin Ravindra delivery through cover.

He would go on to take three more boundaries off Ravindra, including back-to-back fours in the 64th over. The Mumbai batsman then slowed down and dealt in singles, one of which led to reaching his maiden half-century in 94 balls, becoming the 63rd Indian batter to reach the landmark on debut. Ajaz P’tel’s introduction ‘idn’t change things as Iyer cut him late through backward point. On the other hand, Ravindra Jadeja smashed the odd boundary while rotating the strike.

Iyer and Jadeja were largely untroubled though an odd ball from William Somerville did trouble the latter. While Jadeja got a thick outer edge from Southee for a boundary, Iyer continued to cut Patel twice through off-side followed by lofting sweetly over long-on.

New Zealand took the second new ball as soon as it was due but t’at didn’t change the situation as Jadeja hit successive boundaries off Jamieson, bringing the century of the fifth-wicket partnership with Iyer. In the next over, Jadeja brought up his 17th half-century in the longer format with a quick single to mid-off. Light not good enough to play meant that six overs left for the day weren’t completed. Overall, India will be the happier side as they didn’t lose any wicket in the final session.