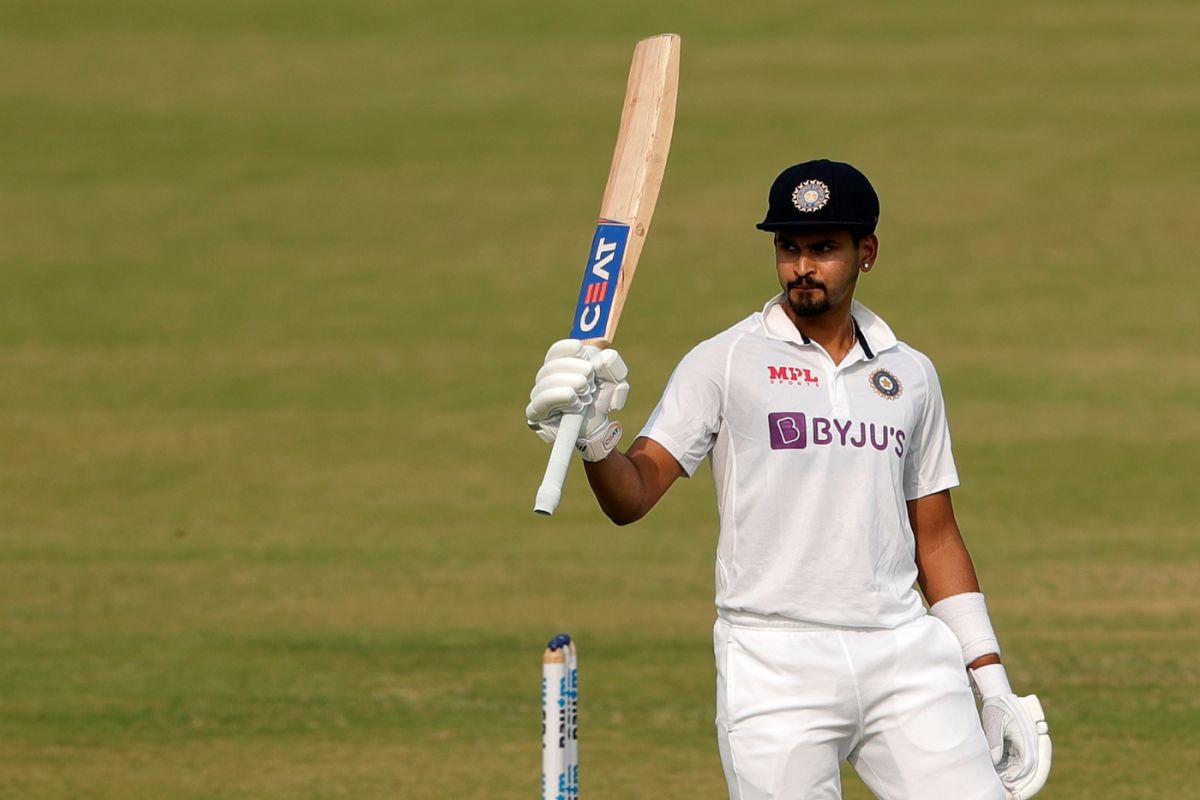 Kanpur:  India have set a target of 284 for New Zealand after declaring their second innings at 234/7  in the first Test at the Green Park Stadium here on Sunday.

New Zealand need 280 more runs on the final day with 9 wickets in hand.

At the close of play, Tom Latham was batting on 2, while night-watchman William Somerville was yet to open his account after Ravichandran Ashwin dismissed Will Young for 2.

From being 51/5 in 19.4 overs, India were able to prolong the innings and lead thanks to a brilliant recovery show by Shreyas Iyer, Wriddhiman Saha, Ravichandran Ashwin and Axar Patel, giving the hosts a chance to secure a victory against New Zealand.

Iyer and Ashwin weathered the havoc caused by New Zealand pacers by mixing caution with aggression and collecting boundaries, taking their partnership for the sixth wicket past fifty post lunch.

Kyle Jamieson then struck on the second ball of his first over, ending Ashwin’s gritty stay at the crease with a back of a length delivery rolling to the stumps after ricocheting off his front pad. Post Ashwin’s fall, New Zealand kept things tight till Wriddhiman Saha took a four (sweep) and six (slog-sweep) off William Somerville in the 49th over.

Iyer, who had kept a cautious eye while defending and rotating the strike, stepped out to smash Ajaz Patel for a six down the ground. He then reached his half-century in 109 balls, becoming the first Indian batter to get a century in the first innings and then follow it up with a half-century in second innings on debut.

Iyer continued to impress by hitting two boundaries off Patel as New Zealand’s spinners lacked the penetration to keep the pressure on India. Against Southee, Iyer stroked the first ball through mid-wicket. But on the next ball, the 64-run stand was brought to an end at the stroke of tea. Iyer tried to pull Southee but an inner edge off the glove went behind to Blundell, bringing an end to a super knock.

India began the final session with Saha and Patel collecting a boundary each off Jamieson. Southee tried to repeat the Ravindra Jadeja set-up with Patel, only for the left-hander to drive down the ground while Saha glanced him through fine leg.

The duo showed good application and continued to bat without taking any needless risk, keeping New Zealand frustrated. Saha brought up his sixth Test half-century with a brace through fine leg off William Somerville. Patel then raised the half-century of the partnership with a clean slog over deep mid-wicket off Ajaz Patel.

When declaration was taken, Saha and Patel had put on a stand of 67 runs to take the lead beyond 280.

Earlier, New Zealand had made inroads through India’s batting, leaving the hosts at 51/5 in 19.4 overs. Cheteshwar Pujara and Mayank Agarwal added 18 runs to the overnight score of 14/1, as New Zealand were a little loose.

The tourists corrected themselves quickly as Kyle Jamieson scalped the first wicket of the day in the 12th over, taking out Pujara with a short ball going down leg, which he gloved behind to keeper Tom Blundell. Initially given not out, New Zealand reviewed the decision which was overturned after replays confirmed the glove edge.

Ajinkya Rahane drove Ajaz Patel through extra cover in the 15th over. But on the next ball, Patel had the last laugh, trapping Rahane plumb in front of the wicket with a quick slider. Mayank Agarwal and Shreyas Iyer hit a streaky boundary each until Tim Southee joined the wicket-taking party.

Southee was rewarded for his nagging spell with a double-wicket maiden in the 20th over. He first enticed Agarwal to come forward, forcing a thick outer edge off his bat to second slip with Tom Latham completing the catch.

Two balls later, Southee trapped Ravindra Jadeja lbw with an inswinger for duck. Jadeja took the review but replays showed the ball crashing into the leg-stump. But Iyer, Saha, Ashwin and Patel ensured that New Zealand were kept at bay for the rest of the innings on a weary pitch.