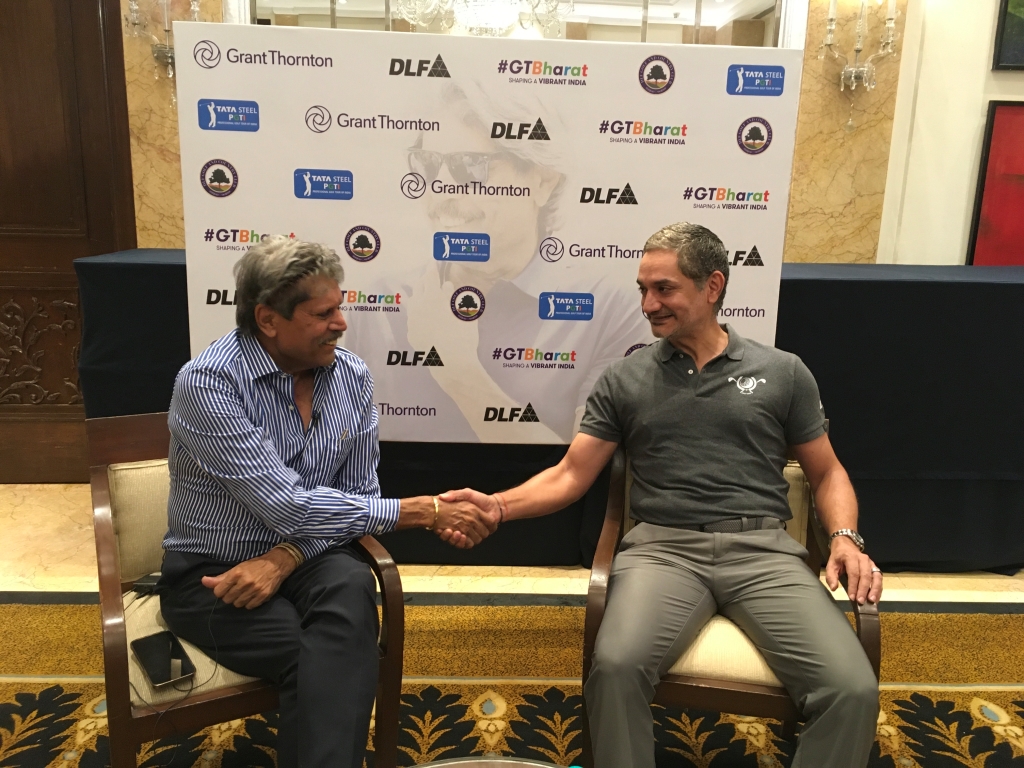 The tournament is called the Kapil Dev – Grant Thornton Invitational, presented by DLF, where professionals will play along with amateurs, corporates and celebrity golfers.

The tournament slated to be played from 27 – 30 September 2022 will be the first ever full-field PGTI event to be played at the Gary Player Course of the DLF Golf and Country Club in Gurugram. The Gary Player Course, considered one of the most spectacular and challenging courses in the world, is expected to test the skills of all the professionals and amateurs.

The tournament will carry a total prize money of INR 1 crore and will feature 126 professional golfers to begin with. After two days, the top 50 players and ties will advance to the final rounds. The tournament will give amateur teams, consisting of golfers, celebrities and corporate leaders, a chance to partner with the pros in Rounds 3 and 4 to compete for separate team prizes. This gives club golfers a unique opportunity to experience what the pro golfers go through in the final two days of a tournament.

Making the announcement, Kapil Dev said, “I am really excited about the tournament and would like to thank Vishesh Chandiok for sharing my vision of creating a truly landmark event in India’s golfing history. I also extend my gratitude to DLF for agreeing to host the event. The event has been created keeping in mind other global standout events, such as the Annual Pebble Beach Pro-Am on the US PGA Tour and the European Tour’s Dunhill Championship at St. Andrews, the home of golf.”

With a global vision of ‘Growing golf together’, Grant Thornton has a strong association with the sport, particularly with the US PGA tour and their flagship championship ‘The Players’. Kapil Dev, who captained India to World Cup glory in 1983, is a board member of the PGTI and an active ambassador for the development of golf in the country.

Speaking at the launch, Vishesh C. Chandiok, CEO, Grant Thornton Bharat, said, “We want golf to become popular, inclusive and accessible to everyone. There is no one better than Kapil Dev to lead this tournament and create an inclusive platform for pros, amateurs, corporates and celebrities to come together. We hope that through this preeminent national golf event, supported by Grant Thornton Bharat, more Indians are inspired to take to this sport.”

Uttam Singh Mundy, CEO – PGTI, said, “We at the PGTI are excited about adding the Kapil Dev – Grant Thornton Invitational to our schedule. We thank our Board Member Mr. Kapil Dev for being the driving force behind the launch of this event. We also thank Grant Thornton Bharat and all the other event partners for contributing to the growth of Indian professional golf. The tournament’s unique format is an added attraction as top amateur golfers will partner with the professionals in rounds three and four to compete for separate team prizes. This rare opportunity for amateurs to rub shoulders with the professionals in a professional event adds team spirit and camaraderie to the mix, making for a thrilling contest at the world-class DLF Golf and Country Club.”

This format has been tried and proven for several years on the PGA and European Tours to be a success. “It promotes engagement between fans and the players – because golf allows this pro-am format and we intend to use this to strengthen interest in professional golf in India,” Vishesh Chandiok, added.

The tournament will be part of a strong second half of the season for PGTI which will see 14 tournaments with prize money of more than INR 11 crore.