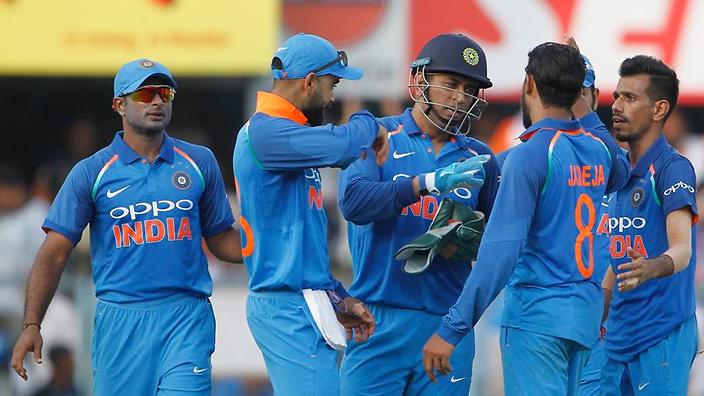 Mumbai: BCCI chief selector M.S.K Prasad on Monday made it clear that wicketkeeper-batsman Dinesh Karthik will not automatically start in the playing XI in the upcoming World Cup and will only get a chance when M.S. Dhoni gets injured.

Announcing the 15-member India squad for the prestigious quadrennial event to be held in England and Wales, Prasad said that Karthik’s wicket-keeping skills and ability to handle pressure resulted in him being picked over Rishabh Pant.

“We were all in unison that either Pant or DK will come in only when Mahi is injured. In an important game, wicket-keeping is also important. That’s the reason we went with Dinesh Karthik,” he said.

The chief selector also heaped praises on Pant and said that the left-handed batsman is full of talent. “Pant is full of talent. There’s a lot of time for him. It’s just unfortunate that he’s missed out. Under pressure, we have seen Dinesh Karthik finishing matches. That scored for him,” Prasad stated.

Vijay Shankar has been included in the squad as the number four batsman instead of Ambati Rayadu while Ravindra Jadeja has been picked as the third spinner instead of a fourth pacer.

Speaking over Shankar’s inclusion, Prasad said that the 26-year-old all-rounder from Tamil Nadu gives “three dimensions” to the team.

“After the Champions Trophy, we have tried quite a few middle-order batsmen, which also included Karthik, Shreyas Iyer, Manish Pandey. We did give a few more chances to Rayudu but Vijay Shankar gives three dimensions. He can bat, if the conditions are overcast he can bowl, plus he is a fielder. We are looking at Vijay Shankar as a number four batsman. Now we have plenty of options for that slot.”

K.L. Rahul, who has been included as the reserve opener, can bat in the middle order too, if the team management needs, stated the BCCI chief selector.

India will begin their World Cup campaign against South Africa on June 5.