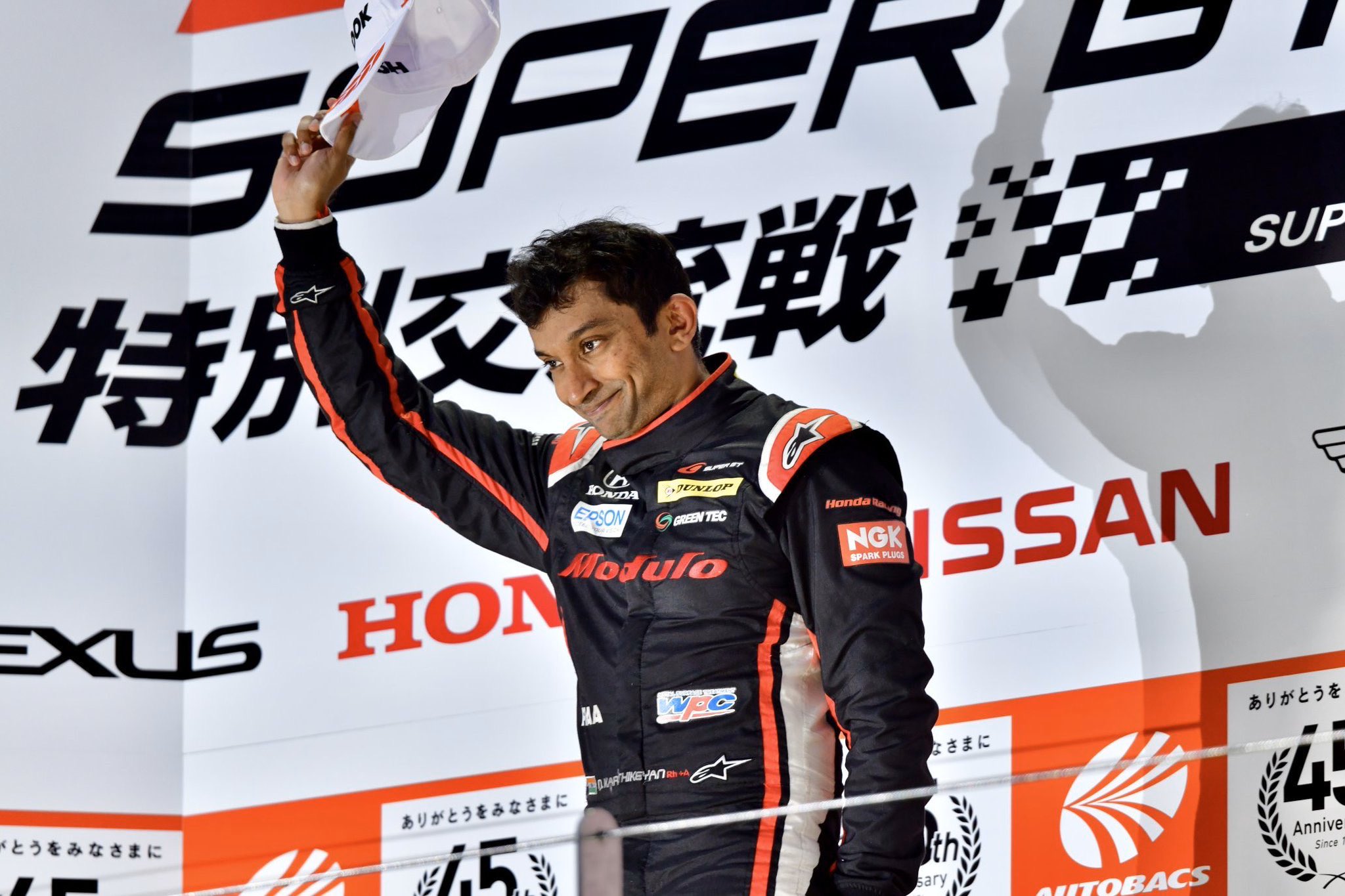 The 42-year-old had switched to sports car racing last year after spending two decades in single seaters. He had ended the season on a high by winning the Super Gt x DTM Dream Race at the Fuji Speedway in November. He had also finished second in the penultimate round of the Championship.

Speaking to PTI, Karthikeyan said he wants to explore new challenges and among them could be an appearance at the iconic 24 Hours of Le Mans in France.

The Indian was part of the Le Mans weekend back in 2009 but could not take part in the race due to a dislocated shoulder. Therefore, it can be said that Karthikeyan has unfinished business at Le Mans.

Frequent travels to Japan for racing and testing eventually caught up with Karthikeyan. He was the lead test driver for Dunlop tyres in Japan, developing their Super GT tyres, in a series which is one of the last in the world to still have an all-out ‘tyres-war’ amongst four different tyres manufacturers.

Karthikeyan is stepping back from Super GT and its rigorous development and racing calendar to focus on his automotive related business ventures.

“2019 has been an amazing year for me, but also a mega-busy one. I’ve travelled to Japan so many times that I’ve lost count actually. My year ended in the most amazing way ever by winning the DTM x Super GT Dream Race,” said Karthikeyan.

“I would like to say thank you to Satoru-san and the entire Nakajima Racing family for making it such a fantastic year. I have raced with them for a few years now in Japan, and it really feels like I have a second family in Japan,” he said.

President Satoru Nakajima added: “Narain adapted very well to the new demands of the Honda NSX-GT Super GT500 car in 2019. It was a difficult start to the year, but in the second half of the season, his hard work and strong work ethic showed, as the improvements in his performance were very good.”

“His win at the DTM x JSGT Dream race was a very difficult one, but he drove superbly, winning against some of the best sports-car drivers in the world. Although we would have liked him to continue racing for Nakajima Racing in 2020 and beyond, Narain has decided to explore other opportunities. We wish him all the best,” Nakajima said.